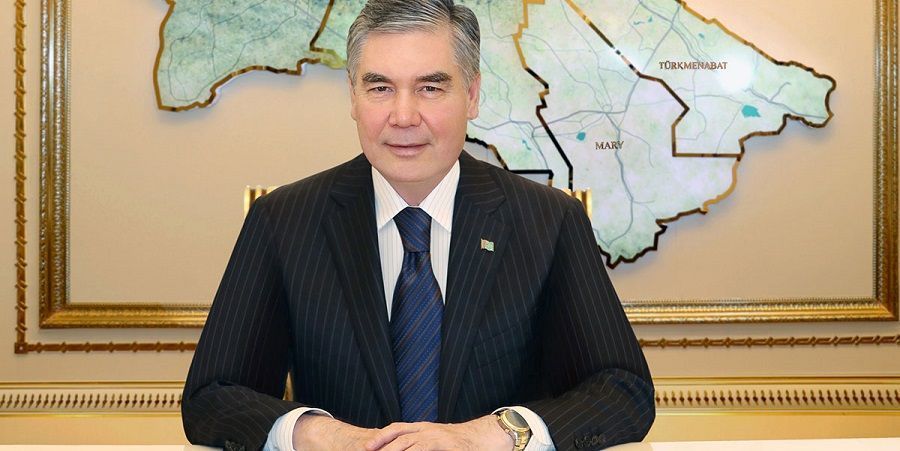 Ashgabat, May 24 Neftegaz.RU. President Gurbanguly Berdimuhamedov visited the plant for the production of gasoline from natural gas in the Akhal region, where he got acquainted with the activities of this unique industrial complex and discussed with the leaders of the oil and gas sector the prospects for the construction of new gas chemical complexes.

The TIGAS technology developed by Haldor Topsoe for the production of synthetic gasoline from gas was for the 1st time in the world applied on an industrial scale at the plant built in Turkmenistan under the contract of «Turkmengas» with a consortium of the Japanese Kawasaki Heavy Industries and the Turkish Rönesans for the amount of $1,7 billion.


The production capacity of the plant, which was commissioned in June 2019, is designed to process:
The project was financed with funds from the Japan Bank for International Cooperation.

G.Berdimuhamedov said:
Director of the Akhal gasoline plant D. Sapbayev noted that 1800 tons of gasoline per day were produced there, which was also supplied to Afghanistan and European countries.
In addition, it was reported about the ongoing work on the construction of the 2nd stage of the plant.


During the meeting, it was noted that in Turkmenistan there were huge opportunities for creating new capacities for the processing of hydrocarbon resources, including the production of methanol, polyvinyl chloride, polyvinyl acetate, formaldehyde and hydrogen.
It was also noted that it was expedient to study the possibilities of establishing the production of hydrogen as a «fuel of the future».

Among the major investment projects to increase the raw material base of the industry, Berdimuhamedov singled out the industrial development of the super-giant Galkynysh field, the resources of which, together with the Yashlar and Garakol fields, were estimated at 27.4 trillion m3 of gas.