Kazan, February 28 - Neftegaz.RU. A Gazprom delegation headed by Vyacheslav Mikhalenko, Member of the Management Committee, took part in the keel-laying ceremony for Chaika LNG, the 1st passenger ship in Russia to be powered by LNG. The event was held at the shipyard of Zelenodolsk Plant named after A.Gorky in Zelenodolsk, Tatarstan.

The Chaika LNG leisure and sightseeing boat (motor ship) is intended for passenger voyages, including via tourist routes. The vessel, which can accommodate at least 170 people, is expected to be launched as early as this year. 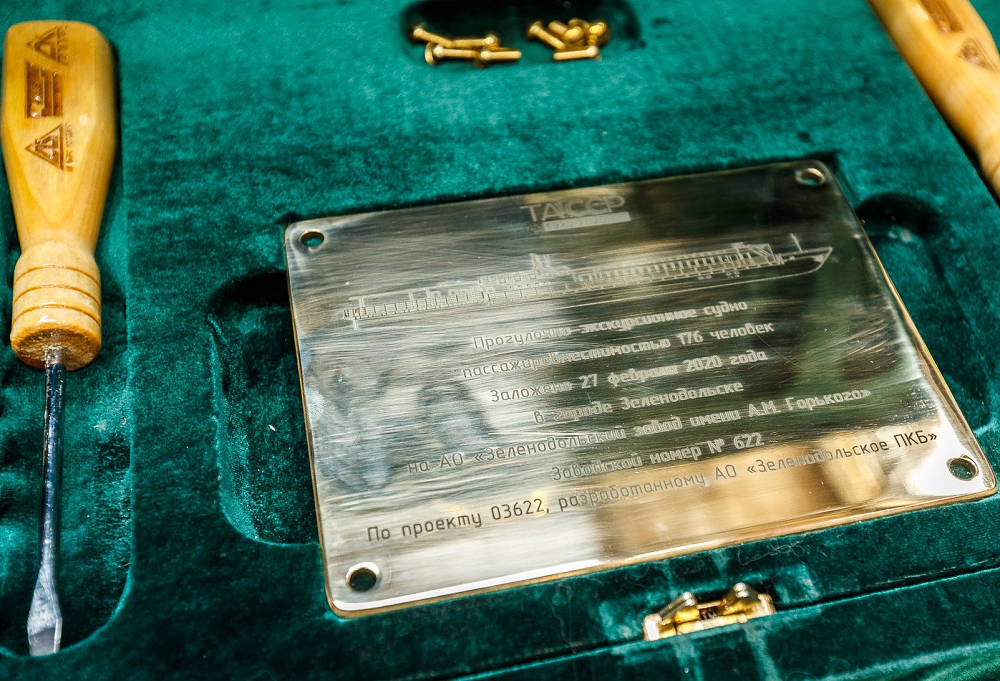 The use of natural gas in river and maritime transport is a new segment of the NGV market. Today, LNG is the most promising motor fuel for waterborne transport and the most affordable alternative to bunker fuel oil and diesel fuel.

Tatarstan is a unique location from a logistics standpoint, and it has robust transport potential in terms of cutting-edge industrial technologies. It is planned that the region will produce LNG-powered tourist ships and Gazprom will be responsible for refueling said ships.

Vyacheslav Mikhalenko and Rustam Minnikhanov held a meeting in Zelenodolsk on the development of the NGV refueling network in Tatarstan. It was noted that the number of NGV refueling units in the region has doubled to 20 since 2016, incl. the CNG filling station built in Almetyevsk in late 2019. The amount of gas consumed as a vehicle fuel is growing in Tatarstan: in 2019, consumer sales of gas went up by 39 % from 2018 and by 70 % from 2017.


This year, Gazprom plans to build 2 new CNG stations in Zainsk and Nurlat, as well as to renovate and upgrade a CNG station in Buinsk. The Company is considering the possibility of constructing a number of other NGV refueling units in Tatarstan. Meanwhile, efforts are underway to set up infrastructure for LNG production and refueling of road and waterborne transport.

Society
346
346
Mohammad Barkindo, Secretary General of OPEC, died at the age of 63

Society
457
457
CEOs of French Engie, EDF and TotalEnergies call for immediate action to reduce energy use