Mohammad Barkindo, Secretary General of OPEC, died at the age of 63 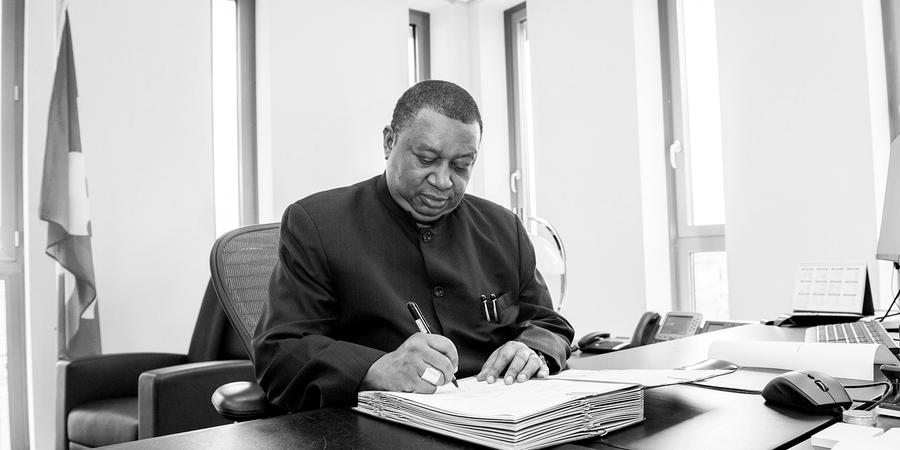 Abuja, July 7 - Neftegaz.RU. Barkindo’s death had been announced by the the managing director of the Nigerian National Petroleum Corp (NNPC), Mele Kyari.
No cause of death was given.
In a statement, OPEC said:
Barkindo’s career spanned over 4 decades and it included stints at NNPC and Nigeria’s foreign & energy ministries.
The death of Mohammed Barkindo comes as his term as OPEC secretary general was due to end on 31 July.
He’d held the post for 6 years since 2016.

Barkindo’s unexpected death came as a shock to members of the oil and gas world, many of whom describe him as a giant in the industry.

He had seemed healthy on July 5 when he was received at the State House by Nigeria’s president Muhammadu Buhari.

According to sources close to the deceased, he was to join the Atlantic Council as an emeritus member of the Global Energy Center once his term at OPEC was over.
He had returned to Abuja in preparation for a post-OPEC career.

Society
390
390
CEOs of French Engie, EDF and TotalEnergies call for immediate action to reduce energy use