Turkey is ready to bring Turkmen gas to Europe

Energy cooperation between Turkey and Turkmenistan will be enhanced 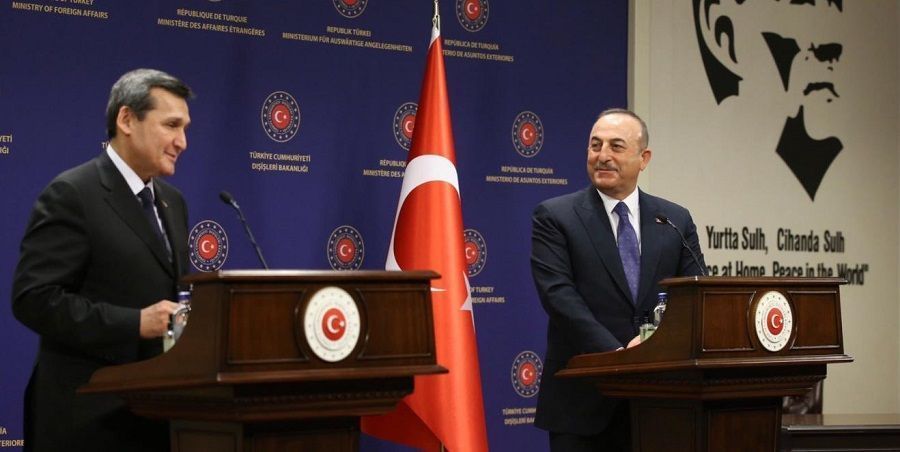 Ankara, February 24 - Neftegaz.RU. Turkey's foreign minister Mevlut Cavusoglu said in a joint news conference with his Turkmen counterpart Rashid Meredov, that Turkish authorities is ready to do its part to bring Turkmenistan's natural gas through Turkish soil to Europe.

For his part, R.Meredov said they held a fruitful meeting and discussed strengthening bilateral relations.
R.Meredov noted:
Following the meeting, the foreign ministers signed the 2021-2022 Cooperation Program.
They also discussed preparations for President Recep Erdogan's visit to Turkmenistan, which is expected to take place this year.

Given its ambition and geostrategic location, Turkey is another potential export avenue for Turkmen gas.
Turkmen resources bound for Southern and Eastern Europe can transit through Turkey via the pipeline TANAP, contributing to Ankara’s goal of becoming an export hub for the region.


Turkmenistan boasts the 6th-largest gas reserves in the world, an estimated 617 trillion cubic feet, along with an estimated 600 million barrels of proven oil reserves.

Politics
87
87
Pedro Sanchez: Spain could provide an answer to the shortfall in gas supplies from Russia

Politics
154
154
EU and U.S. condemn Russia’s use of «energy blackmail» through actions like gas supply halt