Turkey and Azerbaijan sign deals in field of energy 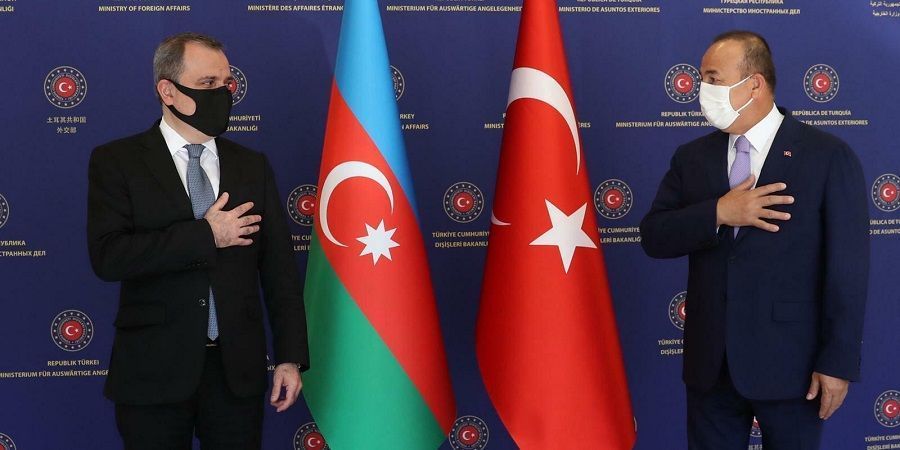 Baku, December 24 - Neftegaz.RU. According to Hürriyet, Turkey and Azerbaijan have signed 5 agreements in the field of energy, Turkish Energy and Natural Resources Minister Fahrettin Dönmez has said.
Dönmez said reporters in Azerbaijan, where he attended the Turkey-Azerbaijan 1st Energy Forum:

The areas of the agreements were natural gas, mining, geological exploration, mineral research and electricity transmission.
Dönmez noted that there is a shortage of energy supply in Europe, especially regarding natural gas:
Power generation was also on the agenda of the talks between Turkish and Azerbaijani officials, Dönmez stated:
Caspian Sea offshore and onshore wind turbine projects are also on the table, according to Dönmez’s remarks.
Representatives of Turkish companies are expected to meet with Azerbaijani officials and businesspeople on those projects in the upcoming months.

Dönmez also said that an electricity trade route could be established between the 2 countries through Georgia, a country that both Turkey and Azerbaijan currently has power transmission deals.

Turkey imports natural gas through pipelines from Russia, Azerbaijan and İran.
It also buys LNG from suppliers including Qatar, Nigeria, Algeria and the United States.
Nearly a 3rd of the country’s gas needs are met with LNG supplies.

A recently discovered natural gas field in the Black Sea is set to provide nearly a 3rd of Turkey’s domestic needs when it reaches peak production capacity by 2026.
Turkey could start with the initial annual production capacity of 3.5 bcm at Sakarya Gas Field in 2023.

State-run energy company Turkish Petroleum Corporation plans to drill 40 wells over 4 phases in the Sakarya field, which is estimated to have recoverable gas reserves of about 540 billion m3.
President Recep Erdoğan has touted the find - the biggest ever in the Black Sea - as a boost to Turkey’s $765-billion economy.

Partnership & Cooperation
367
367
Estonia’s Port of Tallinn and Poland’s Port of Gdynia to cooperate on hydrogen
Advertising at neftegaz.ru