Gazprom and OMV discussed the state and prospects of cooperation 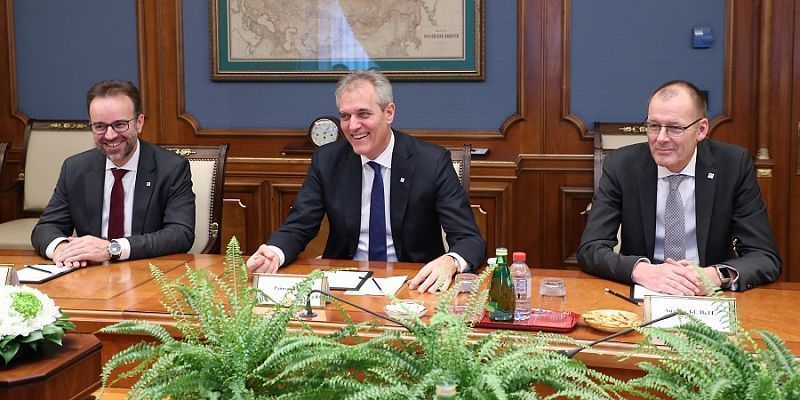 
The parties expressed appreciation for the strategic cooperation between Gazprom and OMV, noting in particular their successful collaboration on the development project for the Yuzhno-Russkoye field.

The field’s annual design capacity is 25 billion m3 of gas.
For instance, the engineering and technological solutions that were developed for this field made it possible to start extracting hard-to-recover gas from Turonian deposits for the 1st time in Russia.

The meeting highlighted the more than 50-year-long history of reliable gas exports to Austria.
The country became the 1st country in Western Europe to sign a long-term gas supply contract with the USSR in 1968.
The overall amount of supplies since 1968 has exceeded 260 billion m3 of gas.


Special attention at the meeting was paid to the Nord Stream 2 project, which is now in the final stage of its implementation.

In June, OMV’s Board of Supervisors appointed Alfred Stern as OMV CEO since September 1, 2021, replacing Rainer Seele.
Rainer Seele, the current chairman and CEO, will resign on August 31 by mutual agreement.