The pipeline will enable up to 7 billion m3 of annual Israeli gas supply to Egypt.

Jerusalem, January 21 - Neftegaz.RU. Chevron, as the operator of Leviathan and Tamar gas fields, entered into an agreement with Israel Natural Gas Lines (INGL) for the provision of transmission services of gas from the Tamar reservoir and Leviathan reservoir.

The Leviathan and Tamar fields located in the Mediterranean Sea off the coast of Israel are jointly owned by Chevron and Delek Drilling.
Chevron holds a 39.7% stake in Leviathan and 32.5% of Tamar. Delek owns 45.3% of Leviathan and 22% in Tamar.

Delek Drilling and INGL will construct a transmission system between the Israeli cities of Ashdod and Ashkelon. 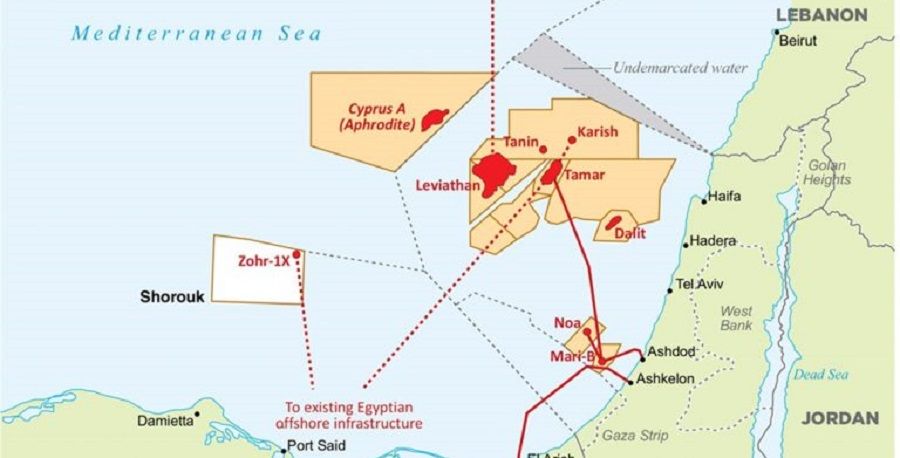 Chevron became the 1st energy major to enter the Israeli market with the completion of its acquisition of Noble Energy last October, which has stakes in Israeli offshore gas fields.

The takeover, which is one of the largest energy deals since the beginning of the coronavirus, gave Chevron the vital access to Noble Energy’s low-cost, proven reserves along with its cash-generating offshore assets in Israel, especially the flagship Leviathan gas project.
This, in turn, boosted the company’s base in the Mediterranean.