The Belt and Road initiative, which China launched in 2013 is a global infrastructure project that sweeps over 70 countries around the world 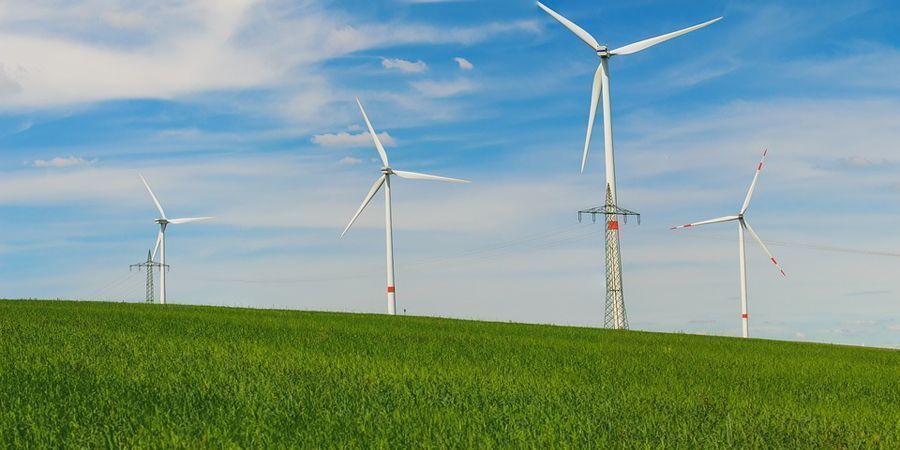 Nur-Sultan, June 22 - Neftegaz.RU. According to a news report by Chinese Xinhua, the wind farm located in South Kazakhstan near the city of Zhanatas is an example of how the Belt and Road initiative is transforming Kazakhstan’s energy supply.
Construction of the plant started in 2019.
The fact that the pandemic did not slow down the project marked a commendable feat, said Guo Qiang, the plant’s general director.
The wind farm has a 100 megawatts capacity.

Furthermore, it will power 1 million homes with clean electricity when all 40 wind turbines come online.
Each turbine tower weighs over 300 tons and is nearly 150 m tall, comparable to a 50-story building.

As a comparison, Xinhua said the 60-m-long blades covered an area as large as the London Eye.
In addition, when it becomes fully operational, it will cut down carbon dioxide emissions by nearly 300,000 tons annually.

China Power International Holding and Visor Kazakhstan are shareholders in the plant.
The Asian Infrastructure Investment Bank, the European Bank for Reconstruction and Development, Industrial & Commercial Bank of China and Green Climate Fund are co-funders.

Betting on renewables
Both Uzbekistan and Kazakhstan have bet big on renewable energy.
In doing so, they are relying big time on the Chinese.

Earlier this year, Kazakh President Kassym-Jomart Tokayev said the country aimed to hike its share of green energy to 15% of the nation’s total electricity consumption by 2030.

In addition, both countries are banking heavily on solar energy, too.
Their neighbor, China, the largest producer of solar panels in the world, has more than welcomed the move.

As per a recent UN report, Kazakhstan has over 85% of Central Asia’s total solar potential.

By 2017, as China’s domestic solar capacity outstripped demand, Beijing offered Kazakhstan a 1 MW solar plant as a gift near Almaty in 2018, according to Eurasianet.
The goal, according to the report, was to encourage Kazakhstan to look east for its green energy needs.

The gambit by the Chinese worked

In June 2018, Ningbo-based Risen Energy began work on a $39 million, 40 MW solar photovoltaic plant in Karaganda.
China produces 70% of the world’s solar panels.
However, China is not the only player in the region.

One of Kazakhstan’s largest solar project - a 100 MW field in Saran in the Karaganda province - is the work of a German company.
In addition, Russia is a player in this region in renewable energy projects.

Alternative energy sources
291
291
Equinor and Engie to develop production of low-carbon hydrogen from natural gas in Belgium
Advertising at neftegaz.ru