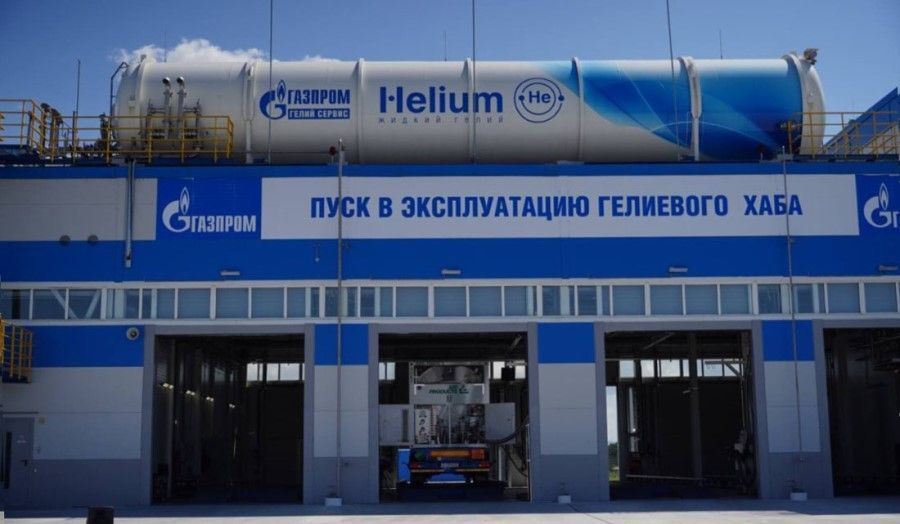 Vladivostok, September 3 - Neftegaz.RU. The commissioning ceremony for the world’s biggest Logistics Center for the servicing of helium containers (helium hub), which will be used to deliver liquid helium to the global market, took place today via a video link.
Taking part in the event were Russian President Vladimir Putin and Gazprom´s CEO Alexey Miller.

The demand for helium is strong in high-tech industries and is now on the rise, particularly in the Asia-Pacific region.
The helium hub is the key link in the logistics chain of commercial helium supplies from the Amur Gas Processing Plant (GPP).

Alexey Miller said:
The hub will provide servicing for containers that are sent to the GPP to be filled, arrange logistics operations and carry out acceptance, weight checks and preparation of thermally-insulated containers arriving from the Amur GPP for their further loading onto sea vessels.

The containers are designed to maintain the temperature of minus 269 degrees Celsius in order to keep helium in liquid state.

Container transportation services are provided by the in-house vehicle fleet of Gazprom Helium Service, the helium hub operator.
KAMAZ-5490 Neo freight trucks, which were specially designed for Gazprom, use air suspension that makes it possible to transport helium safely.
The trucks run on eco-friendly LNG.
The fuel is produced directly onsite at the hub.

The opening of the Logistics Center is synchronized with the gradual increase in the Amur GPP’s capacities.
The GPP’s 2nd production train (of 6 in total) was put in operation the day before.

The 1st of 3 helium separation, liquefaction and packaging units is now online.
The unit has an annual capacity of 20 million m3 of helium.
The helium production process uses, inter alia, spiral heat exchangers, the production of which was launched for the 1st time in Russia at a mechanical engineering plant in St. Petersburg.


As soon as the Amur GPP reaches its design capacity, it will produce 60 million m3 of helium per year, becoming the global leader in helium production.