Gazprom to deliver 5.6 billion m3 of gas through Nord Stream 2 this year: press

But there are some factors outside Gazprom's control 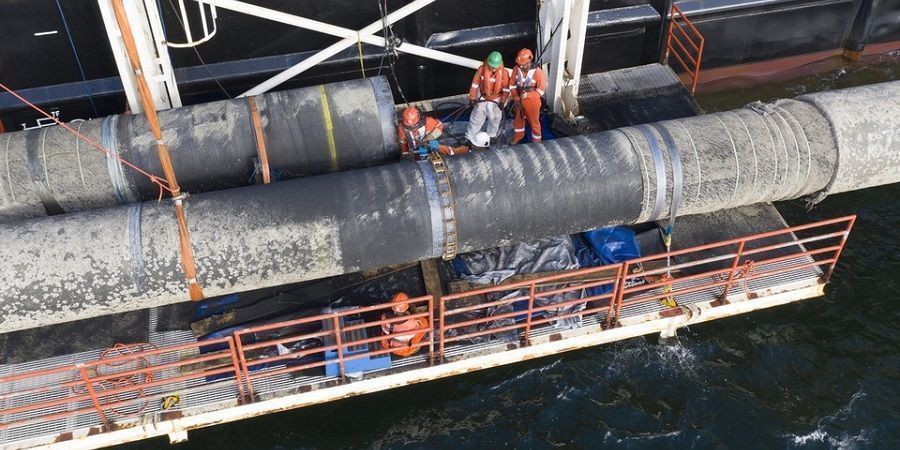 Moscow, August 20 - Neftegaz.RU. Russian gas exporter Gazprom said it expected to export 5.6 bln m³ through its 55 bln m³/yr Nord Stream 2 pipeline this year, Reuters reported August 19.
The news sent gas prices down at the major hubs, although there remains uncertainty about how much gas it will flow as there are some factors outside Gazprom's control.


These factors include regulatory and operational certification, both of which will take an unknown amount of time.

Poland has said the line should not even be certified at all.
On the other hand, even after their drop, gas prices in Europe are very high, and there will be demand for Russian gas.

Poland and Ukraine would rather it went by onshore routes, however.

The amount of gas that might flow will be subject to approvals in Europe, although if that is expressed as a percentage of capacity, then Gazprom might still flow most of the 55 bln m³/yr nameplate.

Gazprom's estimate for throughput this year is roughly a 10th of the annual nameplate amount, suggesting that if the pipeline is pressured up in the autumn, then flows could start some time in November.

The 1st leg of the pipeline system, Nord Stream 1, Reuters quoted Gazprom as also saying on August 19, has exceeded nameplate capacity this year by about 20%.
It has delivered the equivalent of 65.4 bln m³/yr in January-July inclusive.
This contributed to its near-record half-year exports of 115.3 bln m³ over the period.

The 1st of the 2 parallel, 27.5 bln m³ strands that make up Nord Stream 2 was completed earlier the summer, while the 2nd was expected to be completed by the end of August.
The operator said pre-commissioning work could begin from June 4.

Germany's leader Angela Merkel is to meet Russia's president Vladimir Putin today in Moscow.
This is likely to be their last meeting as Germany goes to the polls late in September and Merkel is not standing for a 5th term as chancellor.

Transportation and storage
577
577
Nord Stream 2 AG: the last pipe has been welded in Baltic Sea