Russia's new energy minister Nikolay Shulginov on November 12 called for a "deepening" of cooperation within the Gas Exporting Countries Forum (GECF) as calls continue to grow for the group to consider coordinated action on the gas market, S&P Global Platts analysed.

Moscow, November 12 - Neftegaz.RU. In opening comments to the 22nd GECF ministerial meeting, Shulginov -- who replaced Alexander Novak on Nov. 9 as Russian energy minister - said that in his new capacity, he was planning to attach the "utmost importance" to cooperation in the GECF.

"It is up to us to jointly come up with solutions that will further improve the efficiency of our organization in order to strengthen its position globally," Shulginov said.

"Cooperation in the GECF is among the priorities of Russian foreign energy policy. We hope that in the coming years, the GECF will continue to play an important role in in shaping new trends in the development of the gas industry," he said.

Shulginov said, however, that more efficient and "active actions" would be required, and called for collective efforts to be made to come up with proposals on "new mechanisms of cooperation" before the next GECF heads of state summit to be held in Qatar in November 2021.

The GECF - whose members include gas heavyweights Russia, Qatar and Iran - came into being in 2001 and holds around 71% of the world's proven gas reserves.

Over the past decade there has been speculation that the GECF could morph into a "Gas OPEC" with the power to manage markets through supply intervention, but the group has so far ruled out coordinated market management, instead reaffirming its commitment to the promotion of gas.

Russia is the biggest exporter of gas among the GECF members, followed by Qatar, Nigeria and Algeria. 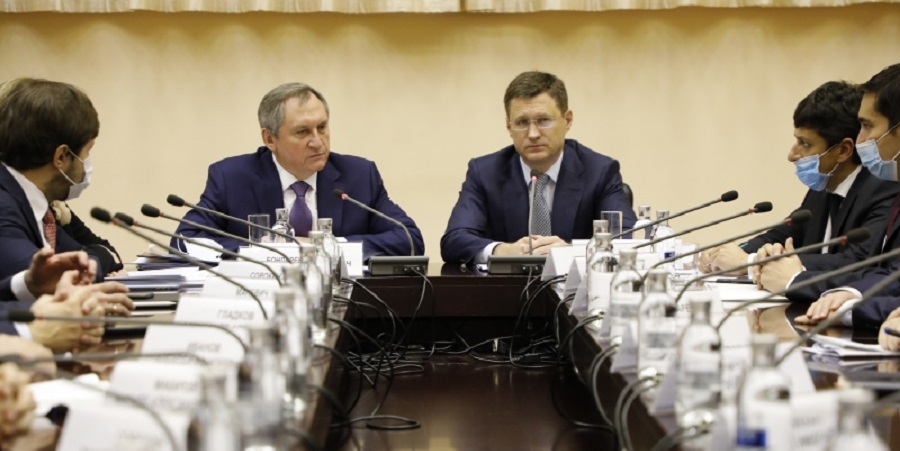 It is not clear whether the mechanisms mentioned by Shulginov could include efforts aimed at coordinated market action on supply, but calls for the GECF to take a stronger role in market management have been intensifying.

Speaking at the opening of the ministerial meeting, Nigeria's energy minister Timipre Sylva said the GECF could become a "balancing factor" in global markets.

"With 71% of global gas reserves in the hands of GECF members, we believe that acting together, the GECF can become a force for good and a balancing factor in the gas business," Sylva said.

"Nigeria would want to see more dialog and more collaboration among member countries, gas consumers and regional and international organizations," he added.

Venezuela's energy minister, Tareck El Aissami, went one step further and called directly for the GECF to take market action. "It is necessary to create within the [GECF] the political will to take far more decisive actions to control the gas market and obtain fair benefits for gas producing countries," he said.

He called for the creation of "mechanisms of effective interaction to maximize revenues of member countries by balancing and stabilizing markets." Venezuela is one of 11 full member countries of the GECF, but is not currently a gas exporter.

Iran's energy minister Bijan Zanganeh Nov. 12 also called on the GECF to seek "new approaches" to boost the share of gas in the global energy mix. "I'm confident that you all agree that today, the materialization of the lofty goals of the GECF requires further cooperation, coordination and depoliticizing of the energy environment," Zanganeh said.

And Osama Mobarez, undersecretary at Egypt's oil ministry, said that given the pandemic, the GECF had "an even more important role to play now on the global level."

Algeria's energy minister Abdelmadjid Attar said Nov. 11 in a ministerial roundtable ahead of the formal meeting that there was currently no mechanism - like for oil - where sovereign countries could act cooperatively and collectively to bring stability to the gas market, "especially in times of crisis."

"This is maybe an opportunity to explore through innovative thinking, possibilities for such [cooperation] to be put in place for the benefit of exporters, consumers and the industry," Attar said.