The Shah Deniz field offshore Azerbaijan is the 1st subsea development in the Caspian Sea and one of the biggest gas and condensate fields in the world. 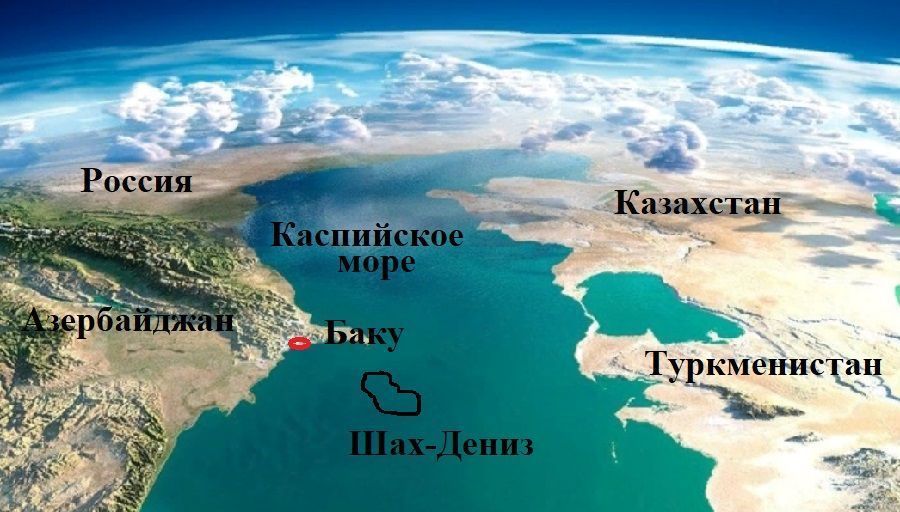 The Shah Deniz field offshore Azerbaijan is the 1st subsea development in the Caspian Sea and one of the biggest natural gas and condensate fields in the world.
It is located on the deep water shelf of the Caspian Sea, 70 km south-east of Baku, in water depths ranging from 50 to 500 m.

Discovered by the SDX-01 exploration well in July 1999, Shah Deniz is the biggest gas discovery ever made by BP which operates the field with a 28.8% participating interest.

The other development partners of the field are:
Shah Deniz Stage 1 began operations in 2006.
It has the capacity to produce around 10 billion м3 of gas per annum (bcma) and approximately 50,000 barrels a day (bpd) of condensate.

Despite the complexities of drilling the wells, building a platform, constructing an onshore terminal and laying a 700 km South Caucasus pipeline (SCP) through Azerbaijan and Georgia to the Turkish border, Shah Deniz Stage 1 was developed in only 7 years.
Since Shah Deniz has proved a secure and reliable supplier of gas to Azerbaijan, Georgia and Turkey.

During 2014, the existing Shah Deniz facilities were further de-bottlenecked which increased their production capacity from 27.3 million m3 to 29.5 million m3 of gas per day.

In the first 3 months of 2020, the field produced around 4.7 billion standard cubic metres (bcm) of gas and 1 million tonnes (7.7 million barrels) of condensate in total from the Shah Deniz Alpha and Shah Deniz Bravo platforms.