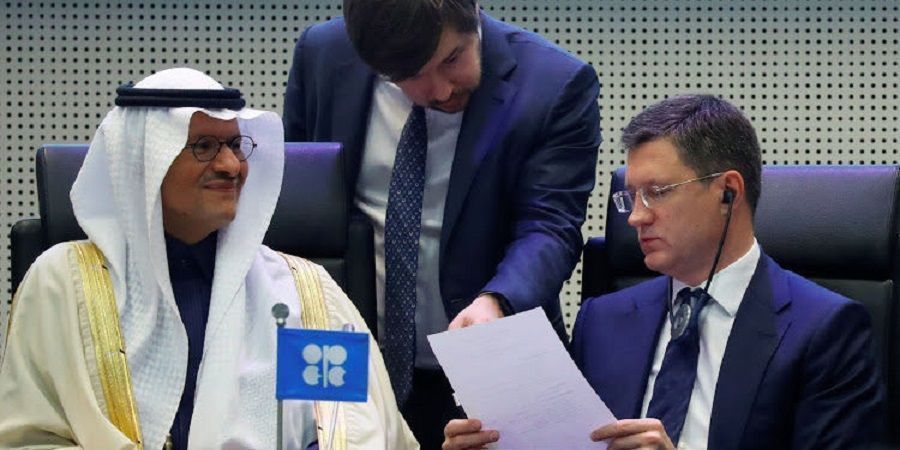 Moscow, December 21 - Neftegaz.RU. The OPEC+ group may prolong its current strategy to manage oil markets until the end of 2022 in order to keep speculators on their toes, Saudi energy minister Prince Abdulaziz bin Salman and Russian deputy prime minister A. Novak said in a joint press conference on December 19.

The show of unity between the grouping's largest producers came as Novak traveled to Riyadh for a rare in-person meeting with Prince Abdulaziz on the sidelines of Saudi-Russian bilateral discussions.

Saudi and Russia began 2020 at loggerheads over strategy in a dispute which threatened to collapse the OPEC+ alliance and tip global producers into a damaging price war before the COVID-19 pandemic hit global demand.

The next full OPEC+ meeting will take place on Jan. 4 and will be preceded by the Joint Ministerial Monitoring Committee, co-chaired by Saudi and Russia.
The JMMC is responsible for tracking compliance with quotas and advises on policy.
Additionally, Russia and Saudi Arabia agreed on a new cooperation roadmap, which will be signed in the first half of 2021.
This will add to an existing list of 30 projects worth $2.5 billion, including 24 initiatives in oil, natural gas and nuclear energy.

Prince Abdulaziz said, adding that market skeptics and speculators will remain on their toes:
A. Novak said:
At present, the Russian-Saudi trade increased by 60% on the year despite the pandemic.
The total volume should reach $5 billion by 2024, both sides added.

Politics
249
249
Australia’s Woodside Energy is reducing its presence in Myanmar after military coup
Advertising at neftegaz.ru