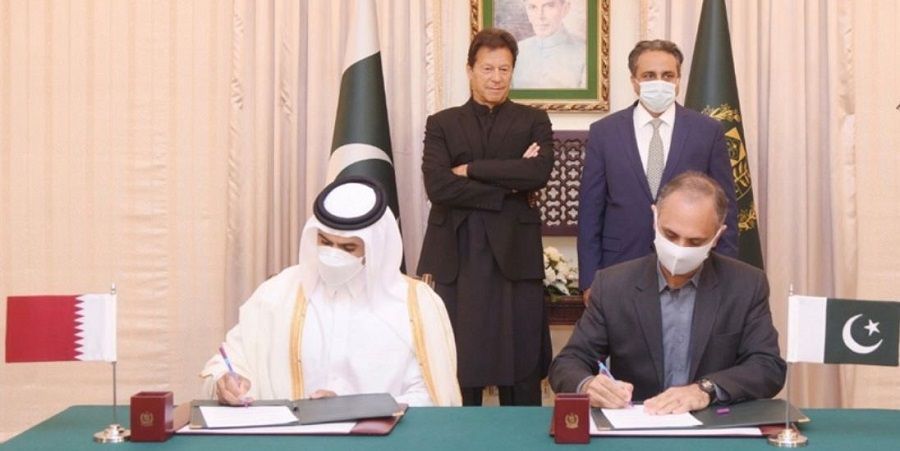 Islamabad, March 1 - Neftegaz.RU. Pakistan State Oil Company (PSO) and Qatar Petroleum have signed a new 10-year LNG agreement, according to which, Qatar will provide 3 million tons of LNG to Pakistan.

Under the new agreement, LNG deliveries to Pakistan’s receiving terminals will start from January 2022 and continue until the end of 2031.
The country will get 3 million tonnes of LNG per year, starting with average of 2 ships per month, which would be increased to 4 vessels in next 3 years.
The new LNG contract has a price renegotiation option after 4 years rather than 10 years that had been fixed in the earlier signed 15-year contract.

Pakistan´s Prime Minister Imran Khan, who witnessed the signing ceremony, stated:
The new agreement has been signed at around 31 % lower rate than the 2015 contract by the previous PML-N agreement.
It is the lowest publicly disclosed LNG contract in the world today
Under the new contract, Pakistan would pay around $316 million less compared to prior agreement saving around $3 billion in LNG import during the next 10 years.

Qatar Petroleum CEO Saad Sherida al-Kaabi termed the LNG agreement a historic one for both the countries and noted:
According to local media reports, demand for oil & gas in Pakistan has been recovering as economic activities inch towards normalcy.

The country, which started importing LNG in 2015, has 2 operational floating import terminals, both in Port Qasim near Karachi.

The cash will go to helping cover imports of «essential commodities such as crude oil, refined petroleum products, LNG and urea», it said.

Liquefied natural gas (LNG)
292
292
Germany unveils bill to accelerate the use of LNG
Advertising at neftegaz.ru