Putin: $2 billion fine paid by Norilsk Nickel will be used to improve ecology in the region

Last year, an aging reservoir at one of the NorNickel’s facilities collapsed and leaked 21,000 tonnes of diesel in the surrounding area, most of which seeped into the soil and nearby rivers for several days before local authorities responded to the accident.
Investigators believe the tank near Norilsk sank because of melting permafrost which weakened its supports.

Vladimir Putin in June 2020 approved a state of emergency and ordered the industrial giant to pay for the spill.
He was shocked to find out local authorities had only learned of the incident from social media 2 days after it happened.
Speaking at a government meeting on March 10, 2021, Putin praised the company for paying the fine:
Its the largest compensation paid for environmental damage in Russia's history.
One of the worst oil disasters in US history – the 1989 Exxon Valdez oil spill off Alaska, which cost Exxon Mobil more than $5 billion in punitive damages.


Since the oil spill, NorNickel has said it plans to boost its cooperation with Russian and foreign researchers focused on the Arctic ecology and permafrost zones to find solutions and improve the industrial safety in the region. 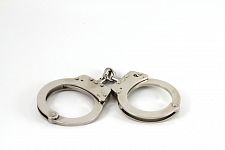