Russian gas supplies to Europe steady in May

Russian gas supplies to Europe remained steady in May with exports flat on the month at 11.1 Bcm, an analysis of S&P Global Platts Analytics and Entsog data showed June 3.

However, Russian exports remain well down on the volumes supplied via the main corridors to Europe last year, with supplies in May down 28% year on year.

A combination of factors -- including a second consecutive mild winter, elevated gas storage stocks and weak demand driven by the coronavirus pandemic -- has seen flows to Europe via Nord Stream, Yamal-Europe, Ukraine and TurkStream fall to an average of 357 million cu m/d so far this year, the data show, down 25% year on year.

For the period January-May, Russian gas supplies into Europe -- excluding the countries of the former Soviet Union in line with Gazprom's own sales data -- total 54.2 Bcm.

State-controlled Gazprom last month said it expected its total gas sales in the Far Abroad (Europe plus Turkey and China, but minus the ex-USSR countries) to be 166.6 Bcm in 2020, which would be a 16% fall on the 199.3 Bcm sold last year.

Alexander Ivannikov, the head of Gazprom's finance department, said the current market environment was the result of a "perfect storm" of bearish factors.

While overall flows in May were little changed on April, supplies of Russian gas through the Yamal-Europe corridor via Belarus into Poland were lower in May after the long-term Russian gas transit agreement with Poland expired on May 17.

Gazprom now has to book capacity on the line through Poland at a cost, with flows fluctuating wildly in the last 2 weeks of May, including several days at the end of the month where volumes entering Poland at the Kondratki point on the border with Belarus fell sharply.

Russian gas flows out of Poland into Germany at the Mallnow interconnection point were halted altogether on May 26, though flows have ramped back up since the start of June in line with an increase in monthly capacity bookings.

Total flows into Poland from Belarus at all entry points amounted to 2.13 Bcm in May, or an average of 69 million cu m/d, well down on flows in 2019 which at times topped 100 million cu m/d.

Much less capacity was forward booked on the Yamal-Europe route on a quarterly/monthly basis for May meaning there was a need for more day-ahead bookings to carry Russian gas.

"The cost structure for Russian gas changed with the expiry of the long-term Yamal transit agreement, when daily bookings became necessary," Platts Analytics said in a note. "With significant capacity booked through Poland in June and Q3, the marginal entry point to Europe should once again become Velke Kapusany," it said.

While flows via Belarus fell in May, exports via the 55 Bcm/year Nord Stream pipeline continued at capacity, the data show. This is likely to remain the case until mid-July when the pipeline closes for its annual maintenance on July 14-26.

Supplies via Ukraine also rose last month, reaching 3.5 Bcm, though volumes are lower than they might have been given the increase in the practice of backhauling -- or virtual reverse flow.

Russian gas that previously would have left Ukraine to enter eastern Europe before being sent back to Ukraine for domestic use or storage can now remain in Ukraine under the practice. Ukraine halted direct purchases of Russian gas in November 2015 but instead began importing gas from Europe, including some volumes of Russian gas. 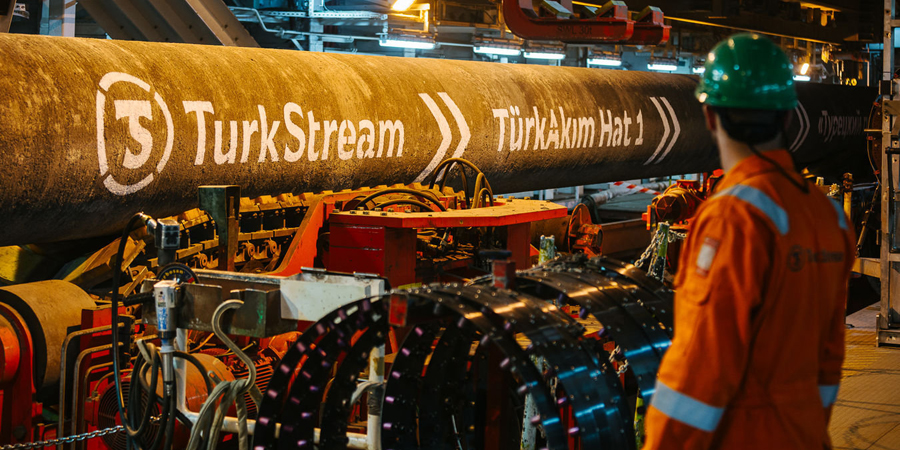 The startup of the 31.5 Bcm/year capacity TurkStream pipeline has also triggered a major shake-up in how Russian gas reaches parts of Europe.

One of the strings is designed to bring Russian gas to the Turkish market directly -- for which no data is available -- while the other flows gas out of Turkey into Bulgaria. Both replace supplies previously sent via Ukraine on the TransBalkan pipeline.

According to Platts Analytics data, a total of 0.43 Bcm was sent from Turkey to Bulgaria in May via the Strandzha/Malkoclar interconnection point -- or an average of 14 million cu m/d.

Bulgaria is currently building a 474-km pipeline to enable increased flows from TurkStream to flow on to Serbia and Hungary. Bulgarian PM Boyko Borisov said June 1 that work to build the pipeline was continuing at "full speed" despite the coronavirus pandemic, with the line set to be completed by the end of 2020.

Gazprom said in an investor presentation in February that flows via TurkStream onward to Serbia and Hungary were expected to begin by December this year. The system is expected to reach its full capacity of 31.5 Bcm/year by October 2022, Gazprom said.

Work started on the Bulgarian stretch in September following a delay caused by an appeal against the contract award, with a small extension completed allowing for TurkStream flows to move into Bulgaria and on to Greece and North Macedonia.

Serbia has already laid its 403-km pipeline from its border with Bulgaria to its border with Hungary, and is now working on supporting infrastructure, including compressor stations.