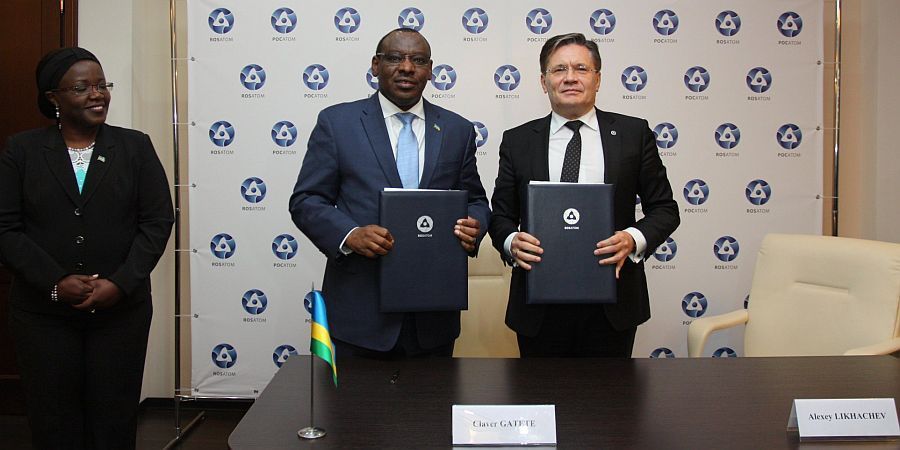 Plans by the tiny landlocked African country of Rwanda to build nuclear reactors with Russian help are facing stiff opposition in the country. Frank Habineza, a lawmaker and member of the Democratic Green Party, has warned that nuclear energy could do the country more harm than good.

“Living near a nuclear energy plant is like living near a nuclear bomb which can explode and cause destruction of life and property to the nation and its neighboring countries,” he said. He said in light of Rwanda’s high population density, there is no place to set up the plant without compromising the safety of Rwandans and their neighbors.

After Russian state-owned nuclear company Rosatom reached an agreement last year to set up the plant by 2024, the Rwandan cabinet approved the establishment of the Rwanda Atomic Energy Board – an institution to coordinate nuclear science and technology activities in the country.

In December 2018, Rwanda and Russia agreed on a roadmap for an inter-governmental agreement on the use of nuclear energy. Since then Rwanda has trained professionals in legal and regulatory frameworks as well as sending a team of 50 researchers to Russia for training in various aspects of nuclear science.

Last year in the Russian Black Sea city of Sochi, Rwanda also signed an agreement to establish the Centre for Nuclear Science and Technology to host reactors, lab complexes, and centers for nuclear medicine. The deal was ratified by Rwanda’s parliament in June.

Claver Gatete, the infrastructure minister, said Rwanda cannot be left behind as many countries have adopted nuclear technology to address their energy needs and for use in medicine. “Much of our power is extracted from water, and our hydropower resources are drying up,” he said. “In the future, electricity demand will be much more than what we currently have. The demand for nuclear energy is therefore inevitable.”

Rwanda currently depends on the Mukungwa, Ntaruka, and Nyabarongo rivers as sources of hydropower. Gatete said the other major source of power is methane gas, which has limits of extraction, as the country cannot exceed 300 megawatts of methane power. He added that nuclear energy will be used for medical and agricultural purposes.

In the African continent, only South Africa currently possesses a commercial NPP. But many countries such as Kenya, Sudan, Ghana, Egypt, Morocco, Niger, Nigeria, Uganda, Algeria, Tunisia, and Zambia are engaged in talks with the IAEA to build plants for the peaceful use of nuclear energy.

Backed by Russia, some sub-Saharan African states have also signed agreements to use nuclear power, according to the World Nuclear Association. The governments say nuclear power has low carbon emissions and can provide a reliable baseline of energy to complement renewables such as solar and wind.

More than 600 million people in Africa lack access to electricity, according to the World Bank. Experts say, however, it takes 10 years and billions of dollars to commission a nuclear power station.

They argue that off-grid renewable projects are safer than nuclear energy, as they do not involve environmentally hazardous radioactive waste, and no huge financial costs are incurred in connection to the national grid.

Lawmaker Habineza said nuclear energy is an old technology with proven risks to the environment. He said many developed nations such as Germany and Sweden are de-nuclearizing due to the dangers involved.

“Nuclear waste and water pollution from a nuclear plant would cause a serious environmental challenge to the country, its neighbors, and the world at large,” he argued. “More than that, raw materials needed to operate the nuclear center, such as uranium, emit harmful levels of radiation, which pose a great risk to the population and the environment.”

Rwanda joined the IAEA about a decade ago to pursue the safe, secure, and peaceful use of atomic energy. In 2018, the government enacted a radiation protection law to facilitate the regulation of radiation elements in the country.

On safety concerns, Gatete said technologies are being developed to address waste management and ensure maximum safety measures before setting up the nuclear plant.