The field was discovered in 1970 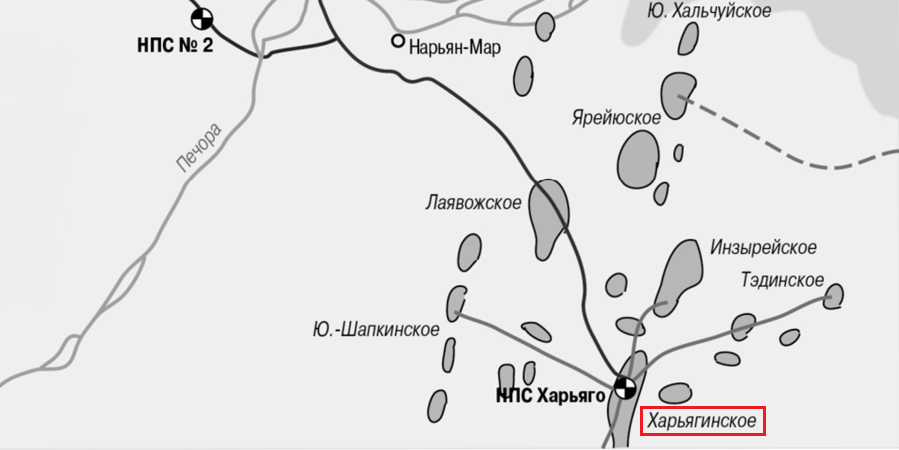 The Kharyaga oilfield lies 60 km north of the Polar Circle in the Nenets Autonomous Territory in Russia’s oil-rich Timan-Pechora province.

Severe climatic conditions, including icy winds raging at close to -50°C and permafrost of up to 500 meters thick, as well as a complex carbonate reservoir, make production from Kharyaga challenging.
However, the field turned out to be a success story.

The Kharyaga is one of 3 Russian energy projects operated in line with a Production Sharing Agreement (PSA).

Zarubezhneft operates the production sharing agreement with a 30% interest.

For the Nenets Autonomous region, the profit oil from the Kharyaga project accounts for as much as 30% of the total regional budget revenues.

According to the results of 2020, a record volume (the 24-millionth ton of oil) was produced at the Kharyaginsky field.
In total, in 2020, the field produced 1,607 thousand tons of oil equivalent.
Advertising at neftegaz.ru