The Johan Sverdrup oil field located offshore the North Sea, about 140 km west of Stavanger, Norway.
The field lies in 2 different production licenses and consists of 2 different discoveries called:
Avaldsnes field was discovered in 2010 by the 16/2-6 well and includes Aldous Major South and Aldous Major North.

The Aldous Major North is a minor field, discovered by the 16/2-9S well, which was drilled to a depth of 2,047m in September 2011.
Lundin drilled the well to confirm an extension of the Aldous Major South field in the north.

2 fields make up a single field, which was renamed Johan Sverdrup in honor of the father of Norwegian parliamentarism. 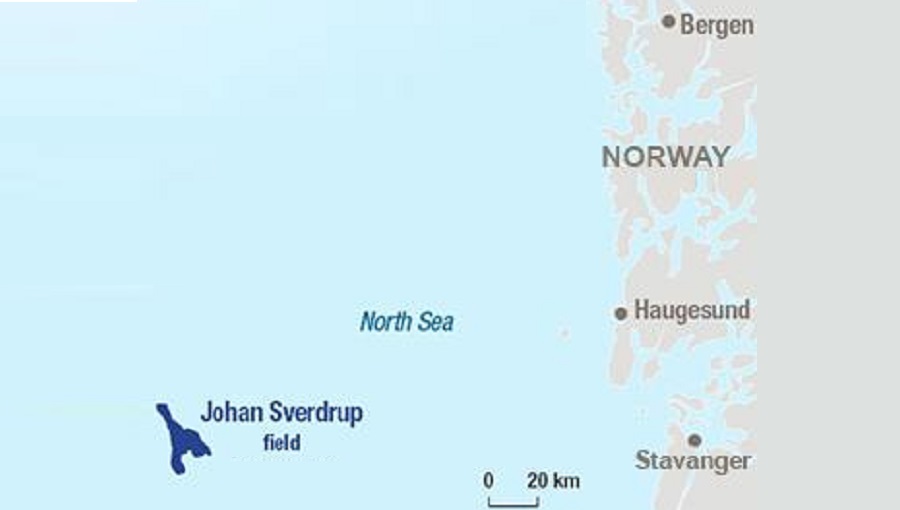 It is one of the 5 largest oil fields on the Norwegian continental shelf (NCS), it is one of the most important industrial projects in Norway over the next 50 years.
At peak, the output will constitute 25% of all Norwegian petroleum production.

The depth of the sea is 110 - 120 meters.
Oil reservoirs of the field are located at a depth of 1900 meters with normal pressure and temperature.

The field reservoir is made of lower Cretaceous/Jurassic age high porosity and permeability sandstones.

The Plan of Development and Operation (PDO) was approved in 2015.
Phase 1 of the project consists of construction and installation of:
Oil pipeline was installed right next to the riser platform at the Johan Sverdrup field in 2018.

The 36-inch pipeline extends 283 kilometers from the Mongstad oil terminal outside Bergen to the giant field in the North Sea.

Phase 1 commenced production on 5 October 2019 with a forecast gross production level of up to 440,000 barrels of oil per day (BPD). 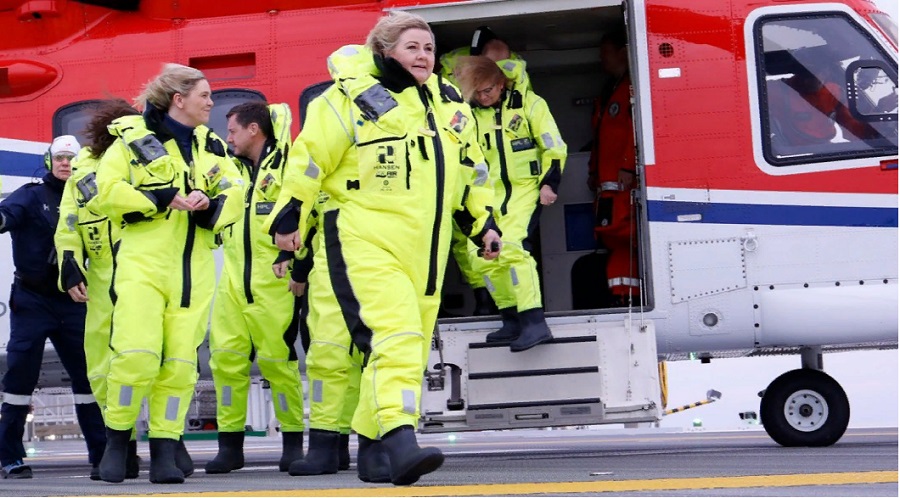 Phase 2 of the development will add a further processing platform and subsurface equipment to the facilities and is expected to commence production in Q4 2022.

Power supply for the Johan Sverdrup field will be mainly from land-based hydropower, which will reduce total climate gas emissions by between 80 to 90 %t, when compared with a standard development procedure involving gas turbines on the NCS.

In addition, energy efficient solutions are being given priority in order to reduce total energy consumption making Johan Sverdrup one of the most carbon efficient fields in the world.