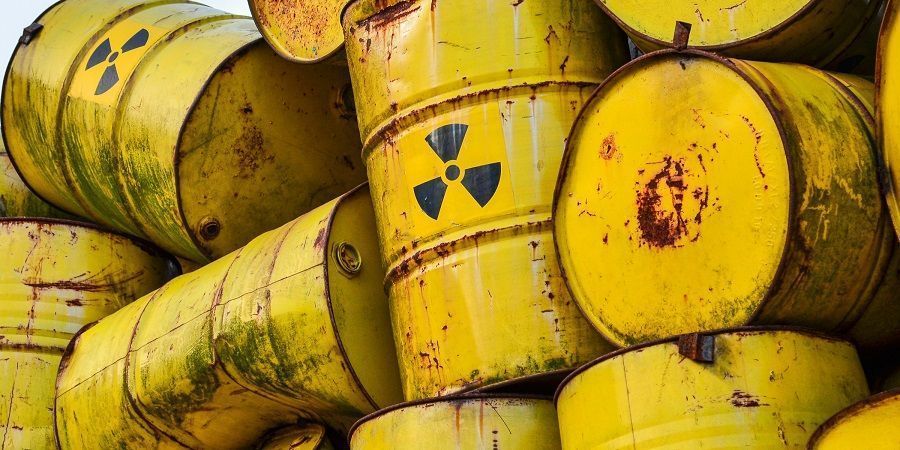 Radioactive waste is produced at all stages of the nuclear fuel cycle – the process of producing electricity from nuclear materials.

Government policy dictates whether certain materials – such as used nuclear fuel and plutonium – are categorized as waste.
Every radionuclide has a half-life – the time taken for half of its atoms to decay, and thus for it to lose half of its radioactivity.

Eventually all radioactive waste decays into non-radioactive elements.
The more radioactive an isotope is, the faster it decays.
Radioactive waste is typically classified as either:
The volume of HLW produced by the civil nuclear industry is small.
The IAEA estimates that 370,000 tonnes of heavy metal (tHM) in the form of used fuel have been discharged since the 1st NPPs commenced operation.

Of this, the agency estimates that 120,000 tHM have been reprocessed.
The IAEA estimates that the disposal volume of the current solid HLW inventory is approximately 22,000m3.
For context, this is a volume roughly equivalent to a three metre tall building covering an area the size of a soccer pitch.
Advertising at neftegaz.ru