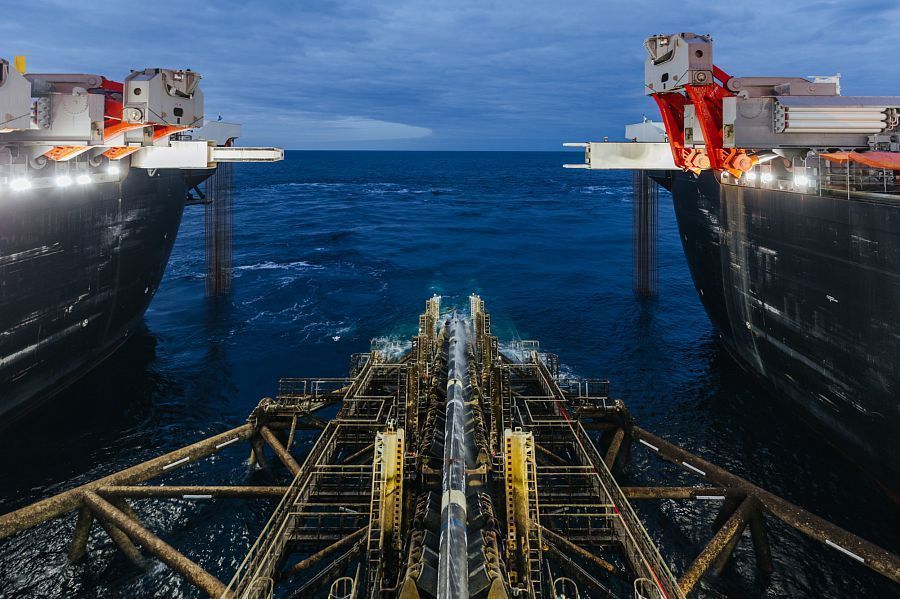 The TurkStream natural gas pipeline was built to transport Russian natural gas to Europe via Turkey.

Its a Gazprom-implemented international export gas pipeline project from the Anapa district of the Krasnodar Territory of Russia under the Black Sea to the European part of Turkey.

On the border of Turkey with the neighboring countries of Europe it is planned to build a gas hub through which the gas will be sent to the EU countries, which will independently build the infrastructure for receiving gas on their territory.


The Turkish stream has become a forced, but rather successful alternative to the South Stream, which Gazprom did not manage to realize for political reasons.

And although South Stream, it would seem, has already sunk into oblivion, its «legacy» lives on.


This is the 2nd - transit - branch of the Turkish Stream for the countries of southern and southeastern Europe, since 2 main options were considered - through Bulgaria and Serbia or through Greece and Italy.


The pipelaying for TurkStream took 15 months and was completed ahead of schedule in November 2018.

The construction of the receiving terminal near the Kiyikoy settlement in Turkey was finished in 2019.

Below you will find all the latest news on this topic.

Transportation and storage
1695
34.8 bcm of Russian gas supplied through Turkish Stream in 2 years

Transportation and storage
987
Gazprom ready to pay in advance €349.4 million to book capacity on Bulgarian section of Turkish Stream

Transportation and storage
510
Turkish Stream transfers over 1.32 bcm of Russian gas to Europe via Turkey in Q1 2020

Transportation and storage
348
Turkish Stream delivers over 500 mcm of gas to Europe via Turkey
Show more
Advertising at neftegaz.ru