The vessel will be 300 m long and will have the capacity to transport up to 172,600 m3 of the chilled fuel, and feature Mark III cargo containment system 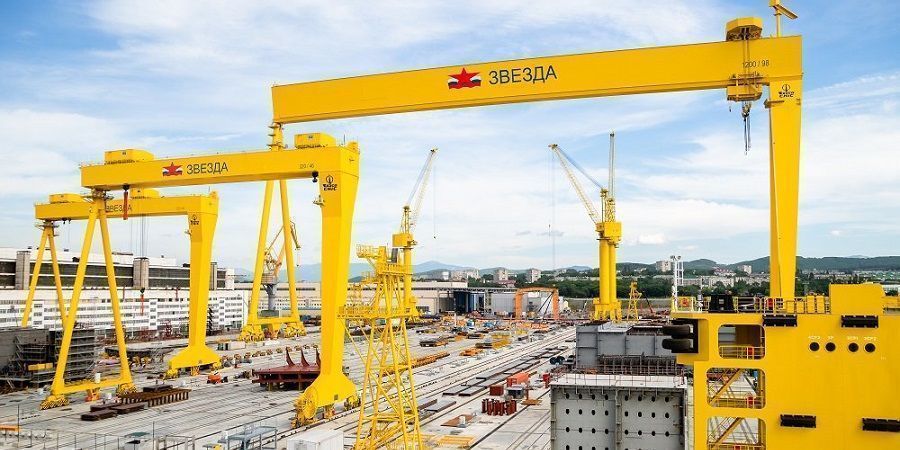 Bolshoy Kamen, April 14 - Neftegaz.RU. Rosneft announced that the Zvezda shipbuilding Complex has started construction of the 3rd LNG tanker of the Arc 7 ice class.
Zvezda shipyard and VEB.RF signed a deal for the construction of 15 Arctic LNG tankers.

The new Arc7 ice-class tankers are designed to ensure year-round navigation along the Northern Sea Route, including its Eastern part, and will have increased icebreaking and maneuvering characteristics as compared to the previous type of Arctic tankers currently used by the Yamal LNG project.

Zvezda is the 1st Russian shipyard to implement a project for the construction of such vessels.
The Arc 7 ice class LNG tankers are designed for the transportation of LNG and are capable of operating in harsh climatic conditions.

The tankers powered by a 45 MWt propulsion system and equipped with 3 rudder propellers will be capable of navigating in ice over 2 meters thick.

President Vladimir Putin said during the meeting with the Board of Trustees of the Russian Geographical Society:
The Zvezda Shipbuilding Complex is constructed by the Rosneft-led Consortium.
At the moment, the shipyard’s order portfolio amounts to over 50 vessels.
The Shipyard’s pilot throughput is provided for by Rosneft that placed an order for 28 vessels.

Advertising at neftegaz.ru
Latest news
Nuclear power industry
47
47
Share of natural gas in Belarus' energy mix to decrease to 60% with launch of NPP
Trade
54
54
The EU needs more than $1 trillion for plan to ditch Russian oil & gas
Companies
53
53
Rosneft boosts production with domestic innovations
Partnership & Cooperation
191
191
ENI and Sonatrach to accelerate the development of gas fields in Algeria
Partnership & Cooperation
148
148
Estonia’s Port of Tallinn and Poland’s Port of Gdynia to cooperate on hydrogen