After Russia, US hints at oil for India on concessional terms

Washington, September 19 - Neftegaz RU. According to EnergyWorld, the US may offer oil & gas to India on concessional terms from its own reserves to help the latter tide over any shortages arising from the drone attacks on Saudi Aramco, that have caused the biggest-ever disruption in global crude oil supplies.

Diplomatic sources here said that supply details would be discussed in detail during the visit of the official Indian delegation to the US stating September 21, where Indian PM Narendra Modi is also scheduled to meet Donald Trump. The delegation also includes a large number of Indian business honchos, including chiefs of public and private sector oil companies.

"We can expect Indian oil companies to sign MoU with their US counterparts for increasing oil imports to meet the country's domestic demand. Saudi Arabia meets close to 20 % of oil needs of the country and if there is a supply disruption, the US can become a dependable ally if terms of such supplies are favourable," one source said.

India has also sounded Russia for increasing their oil supplies. Rosneft agreed to assist India with its energy security efforts against the backdrop of the drone attacks on the Saudi oil facilities. Rosneft CEO Igor Sechin conveyed this during his meeting with Petroleum Minister Dharmendra Pradhan. 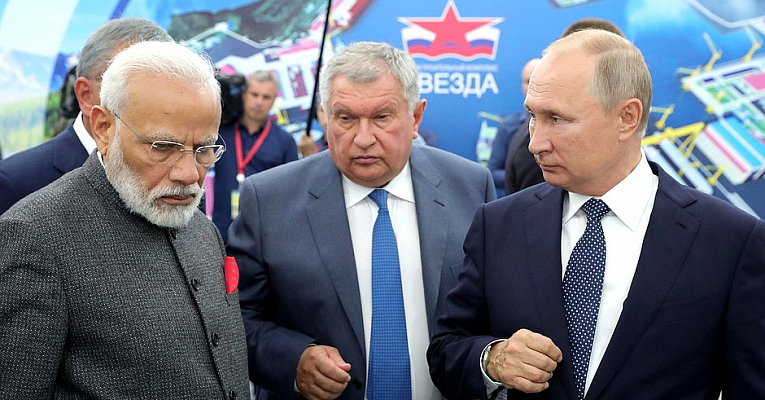 The talks with US on oil supplies hinges on the terms of exports. The sources said that the US could offer concessions oil exports on par with the terms India enjoyed with Iran. The Islamic Republic offered cheaper freight and a 60-day credit period to Indian importers such Indian Oil Corporation, Mangalore Refinery and Petrochemicals and Nayara Energy.

"The offer has been indicated and this needs to be worked out in detail when the delegation level visit happens later this month. Transportation cost is an issue to bring oil from the US," the diplomatic source quoted earlier said.

Though Indian oil companies have started importing oil from the US for the past couple of years, the quantity remains miniscule and forms just about 1 % of country's total oil imports. But this quantity can grow with the US shale oil market becoming relevant again at current crude levels and an increase in total rig count in the world's largest oil guzzling nation.

"The rig count in US has risen sharply in past few months (1,038 now) indicating that oil production there is on the rise. One estimate suggests that the US will pump in additional 4 million barrels of crude oil in the next couple of years. This provides ample opportunity for India to tie up long term contracts there. Already, spot purchase contracts from US have seen a rise," said a government official aware of the developments.

The emergence of the US as a major oil supplying nation indicates that it could be the biggest gainer in any disruption in global oil production.

The shift to the US would not be sudden as gas transportation company GAIL, oil marketing firm Bharat Petroleum Corporation and Indian Oil Corporation have sealed deals for supplies of US crude earlier as well. The shale oil price there now has also become very competitive in comparison to Middle-East and Gulf crude.

In fact, the narrowing of price differential between the international crude oil benchmark Brent and Dubai crude has made US oil more competitive even after higher transportation charges. A discount of $ 2-4 per barrel on American oil over Dubai crude makes it cover freight costs.