BP benefitted largely in Q1 2021 from strong gas marketing and trading results. The results also included an approximately $1 bln gain on disposal of a 20% interest in Block 61 Oman 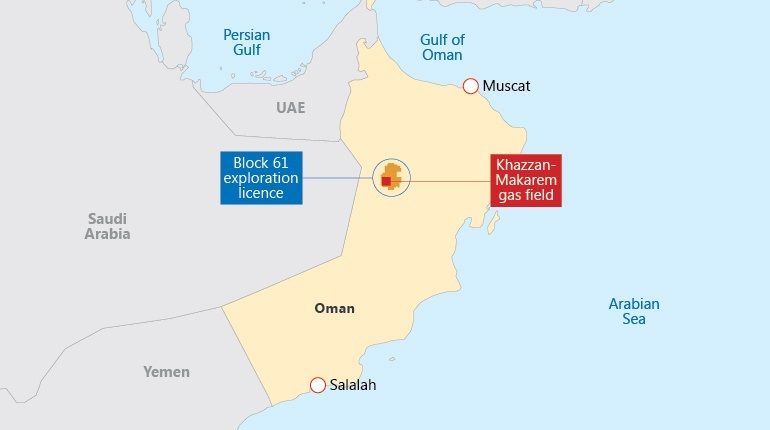 Muscat, July 1 - Neftegaz.RU. British oil & gas major BP announced that it has significantly increased production from the Block 61 gas field in Oman, from 1 bln to 1.5 bln ft3/day.
BP has had an upstream presence in Oman since 2007.


Block 61 is one of the Middle East’s largest tight gas accumulations.
Its wells are tested using the ‘green completions’ concept, which eliminated 201,000 tonnes of CO2 emissions since 2019.
It was developed in 2 stages:

Gas from Block 61 is distributed for domestic consumption through Oman’s national gas grid and is used as fuel for power plants, and feedstock to industries and Oman LNG.
Block 61 ownership:
Yousuf Mohammed Al-Ojaili, President of BP Oman, said: