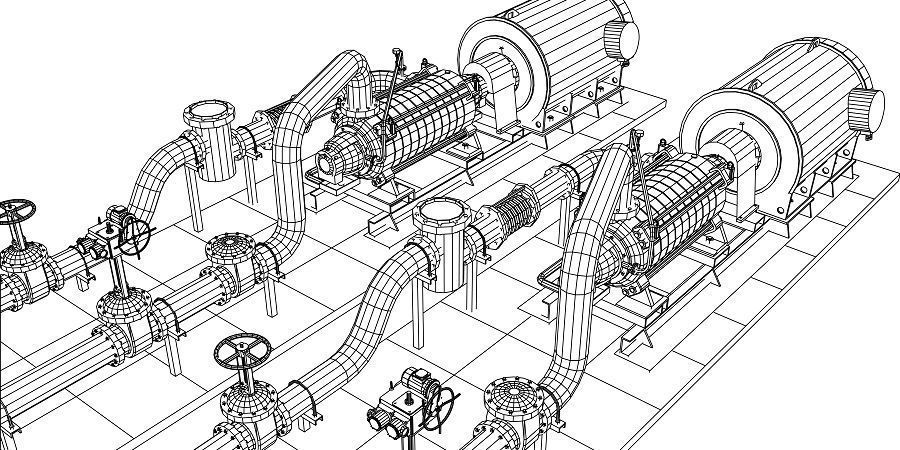 Moscow, August 20 - Neftegaz.RU. Atomenergomash, ROSATOM’s mechanical engineering division, has completed the construction of the Europe’s 1st and the 3rd in the world test rig intended for equipment of medium- and large-scale LNG plants.

The commissioning permit for the system installed at the NIIEFA site in St. Petersburg, has been granted.
Certification tests of both Russian and imported LNG production facilities are planned to be conducted at the test rig.

The rig is a large laboratory facility intended for testing pumps, expanders, and compressors.
If necessary, the facility may be adapted for testing other equipment.

Atomenergomash Director General Andrey Nikipelov said commenting on the event:
Today, manufacturing of LNG project facilities is one of the key areas of the development of non-nuclear businesses for ROSATOM’s mechanical engineering division.

In 2020, the 1st large-scale LNG pump in the history of the Russian gas and petrochemical industry was put into commercial operation.
Afrikantov OKBM (an Atomenergomash company) developed and manufactured the electric pump intended for loading LNG into gas carriers.


Atomenergomash plans include the expansion of the LNG equipment range as well as localization of a wide range of equipment for large-scale LNG production projects, LNG-powered icebreakers and LNG carriers.

Liquefied natural gas (LNG)
216
216
Bulgaria will receive LNG from the US, at prices lower than those of Gazprom

Advertising at neftegaz.ru
Latest news
Nuclear power industry
75
75
Share of natural gas in Belarus' energy mix to decrease to 60% with launch of NPP
Trade
84
84
The EU needs more than $1 trillion for plan to ditch Russian oil & gas
Companies
72
72
Rosneft boosts production with domestic innovations
Partnership & Cooperation
217
217
ENI and Sonatrach to accelerate the development of gas fields in Algeria
Partnership & Cooperation
150
150
Estonia’s Port of Tallinn and Poland’s Port of Gdynia to cooperate on hydrogen