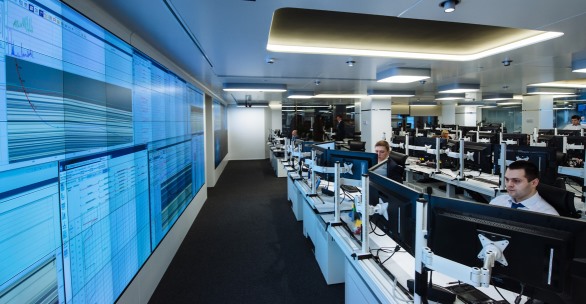 Gazprom Neft on May 24, 2017 published its consolidated IFRS financial statements for Q1 2017. Profit balloons at Russian oil producer due to ramp-up at domestic and Iraqi fields.

Revenue, including duties (sales), grew by 28% to RUB 468.6 bn as a result of higher hydrocarbon production volumes and increased prices for oil and petroleum products in the global and domestic markets

Higher production volumes and efficiency programmes initiated by the management delivered a 22.2% year-on-year increase in adjusted EBITDA to RUB 118 bln.

During the reporting period, the Company achieved a record quarterly net income of RUB 62 bln, a year-on-year increase of over 49%.

This was triggered by production ramping up at the Novoportovskoye, Prirazlomnoye and Messoyakha fields and increased production in Iraq.

A reduction in oil products output in Q1 2017 was in line with the Company’s annual production plan, which factors in scheduled maintenance of large process ring units at the Moscow Oil Refinery as well as crude oil distillation units (CDU-4) at Slavneft-YaNOS.

Economics, Markets & Stocks
388
388
Equinor sells its US onshore assets in the Bakken

Economics, Markets & Stocks
434
434
Belarus to raise tariff on transit of Russian oil by over 6% as from 1 February
Advertising at neftegaz.ru