Yuzhno-Sakhalinsk, December 27 - Neftegaz.RU. Gazprom Neft has completed ecological monitoring of grey whale populations at the Ayashsky license block, offshore from Sakhalin Island, with expedition members registering more than 550 animals in the course of a 5-month survey.

The ecological monitoring of grey whales in the Sea of Okhotsk forms part of a joint programme being implemented by oil and gas companies operating in Sakhalin. Gazprom Neft joined the programme in 2017, on starting development of its Ayashsky license block.

Researchers conducted 58 sorties on the Siem Sapphire support vessel between June and October, obtaining more than 30,000 photographs - all of them taken from a special high-speed boat, involving the use of professional equipment at a distance of 600–800 m from the whales, thus not disturbing the animals.

During the expedition researchers also obtained data on the distribution of underwater acoustic waves - something that will help reduce industrial impacts on whale habitats. Gazprom Neft is already using low-volume vessels in areas where whales congregate, limiting vessel speeds and selecting routes away from mammal feeding grounds.

«This is one of the most wide-ranging ecology programmes in the industry, and is a prime example of effective collaboration between oil and gas companies in conserving wildlife. Monitoring is giving us the opportunity to learn more about these rare mammals, and to make our own contribution to ensuring environmental well-being on the Sakhalin Island continental shelf», said Alexander Korobkov Gen. Director, Gazpromneft-Sakhalin. 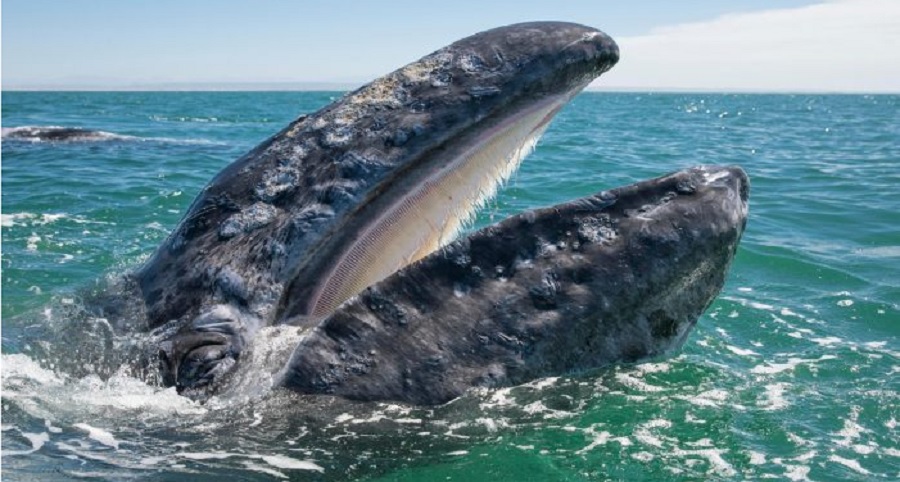 Oil and gas companies operating in Sakhalin, together with experts from leading Russian scientific and research institutes, are involved in a joint programme monitoring grey whales and their habitations offshore in the Sea of Okhotsk. The number of grey whales offshore from the north-east of Sakhalin has been increasing every year following discoveries in the early 1980s, when their population numbered around 20.

Ecology & Industrial safety
201
201
UN Secretary-General Antonio Guterres has called for an end to the fossil fuel age
Advertising at neftegaz.ru