The Eagle Ford play has attracted interest from major oil and gas operators such as BHP Billiton, ConocoPhillips and EOG Resources -- with Wood Mackenzie estimating investment to reach $28 billion this year -- but smaller companies well-positioned in the Eagle Ford are also tapping the play's potential. 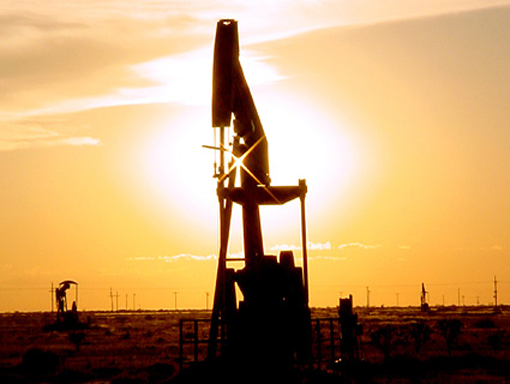 The Eagle Ford play has attracted interest from major oil and gas operators such as BHP Billiton, ConocoPhillips and EOG Resources -- with Wood Mackenzie estimating investment to reach $28 billion this year -- but smaller companies well-positioned in the Eagle Ford are also tapping the play's potential.

One newly formed company, Sanchez Energy Corporation, has positioned itself as a pure play Eagle Ford producer focused on oil and liquids projects.

While the company's approach to exploration and production is similar to other companies, the company's structure isn't. Sanchez was formed as a public company to unlock the value of Sanchez Oil and Gas Corporation's Eagle Ford assets, which include approximately 95,000 net acres in the oil portion of the Eagle Ford shale, maintaining its conventional oil and gas assets in the private company.

"The Bakken has several different pure play companies of different sizes, but the Eagle Ford didn't have a large pure play company, so we saw an opening to create a publicly traded vehicle to give investors the opportunity to get pure play exposure."

As the oil and gas industry's focus has transformed from conventional to unconventional, the capital requirements associated with oil and gas drilling have grown substantially.

"We've had to adapt and access public capital, that's why we took it public."

Sanchez currently has 22 wells producing, including 19 Eagle Ford wells, two from dual completions in the Austin Chalk and Buda Limestone, and one from the Haynesville. Sanchez estimates the company will invest between $335 million and $365 million in 2013 for drilling and completions of 36.5 net Eagle Ford wells plus an additional $20 million on facilities, leasing and seismic activity. The company will fund the entire program with cash, cash flow and a modest level of debt.

The company's relationships with South Texas mineral and surface owners – which date back 40 years –should also allow the company to continue adding to its acreage.

"It's a clichéd term, but it's our backyard, and I like to think we have a good reputation that allows us to compete for leases. That's why we continue to use the name of the public company because of the history."

Sanchez built its Eagle Ford position while the asset was in the private company, and then spun out into the public company. The technical staff that would oversee development of the asset occurred while the company was private. Company officials raised $220 million in the initial public offering for the company's stock, a large portion of which was used to acquire Sanchez's Marquis Eagle Ford asset.

Like other companies, Sanchez uses oilfield service companies to fracture wells. The company is currently trucking produced oil from its fields but is looking to build a pipeline off its Palmetto play.

However, the company's approach to establishing a public company focused on the Eagle Ford is similar to the way in which master limited partnerships have a private sponsor. Instead of an MLP, Sanchez operates in the form of a C-Corp. The reason is simple, said Sanchez.

"You need to reinvest all cash flows in this play," and the corporate structure sets up the company for reinvestment to fund growth.

By operating with a public and private company, overhead costs can be spread through those entities, allowing the public entity to run for less than a standalone public entity, Sanchez said.

The idea early in the life of the company was to keep it simple, with no debt on the balance sheet and a lot of cash.

"As we move into our second year we'll balance capital requirements with debt and slowly introduce it to our capital structure," said Sanchez. "We don't want to put ourselves in a position where we're overleveraged, as these wells are expensive wells that decline rapidly, and a lot of wells need to be drilled quickly to keep the production profile growing."

While the public company is mostly focused on the Eagle Ford, it also holds a small position in the Haynesville play and approximately 82,000 net acres under lease in northern Montana prospective for the Heath, Three Forks and Bakken shale.
The company has taken a "wait and see" approach to these leaseholds, electing not to drill or invest capital beyond extending the leases, until it sees what kind of success other operators have. Infrastructure such as rail capacity to bring oil to market also remains an issue for this area.

Sanchez also continues in its efforts to enhance well performance, moving aggressively towards a manufacturing-based operational strategy and optimizing the use of water and other resources, Sanchez commented.

Sanchez said he sees a great future for the Eagle Ford.

"As we've started our life as a public company, we've tried to keep the message simple. We're committed to drilling a certain number of oil wells and increasing production volumes. If we continue doing that, the stock price should take care of itself."
Future Prospects

Sanchez sees potential not only in the Eagle Ford formation of the Eagle Ford play area, but other stratigraphic formations such as the Pearsall which operators are trying to get their arms around. Several companies have tested the Pearsall, but dry gas producing-formation has not gotten as much attention since natural gas prices have dropped.

In some areas, producers found the Pearsall produced large amount of oil with gas. While the Pearsall runs throughout Sanchez's acreage - with Sanchez holding approximately 4,000 net acres under lease in a specific area with growing Pearsall activity - the company is not planning to test the play anytime soon.

"We are not being aggressive in taking new leases for the Pearsall," said Sanchez. "We're actively working it now to get comfortable with it as a play, and it's getting more attention than capital at this point. Early indications show it has higher gas ratios than the Eagle Ford, but if we can find it in economic quantities, it might be worth developing and holding until gas prices rise."

Sanchez's parent company, Sanchez Oil and Gas, also has some other promising unconventional resources in the Tuscaloosa Marine - which some have described as the Louisiana Eagle Ford - and the Mississippi Lime in Kansas. The company also has conventional resources in West Texas, though drilling has not begun there yet. For the time being, company officials prefer to keep these assets in the private company for evaluation.

The Tuscaloosa assets were acquired by one of Sanchez's brothers, who had bought a company in bankruptcy. The company currently holds interests in 65,000 acres, where companies such as Encana, EOG Resources and Goodrich are active. While the Tuscaloosa assets show promise, Sanchez has held off drilling due to the play’s $12 to $15 million per well cost and mechanical difficulties. The initial wells in the play have been problematic, but Sanchez believes the Tuscaloosa could potentially turn into a world-class play.

For the time being, Sanchez is "incubating" these assets until a better idea of the well costs and production curves are known, but foresees them to potentially become another growth vehicle for the company.