Nail Maganov, Gen. Director of TATNEFT, and Andrey Lavrentiev, Chairman of the Board of Directors of the Allur Group of Companies, signed the Agreement of Intent and the Roadmap for the implementation of a project for the construction of a tyre manufacturing facility at the territory of a residential-operations rubber goods production complex within of Kazakhstan.

It is assumed that TATNEFT and Allur Group of Companies will establish a joint venture for the implementation of the project. The project shall provide for the construction of a new manufacturing facility in Kazakhstan for the production of passenger car, LVC and truck tyres.

The planned capacity of the enterprise is 3 million passenger and LVC tyres, as well as 0.5 million truck tyres per year. The production operation of the facility is expected to start in 2022. The project will create about 800 jobs, taking into account related industries.

Car tyres will be sent to the primary assembly of cars produced in Kazakhstan, to the secondary market, as well as for export to neighboring countries. 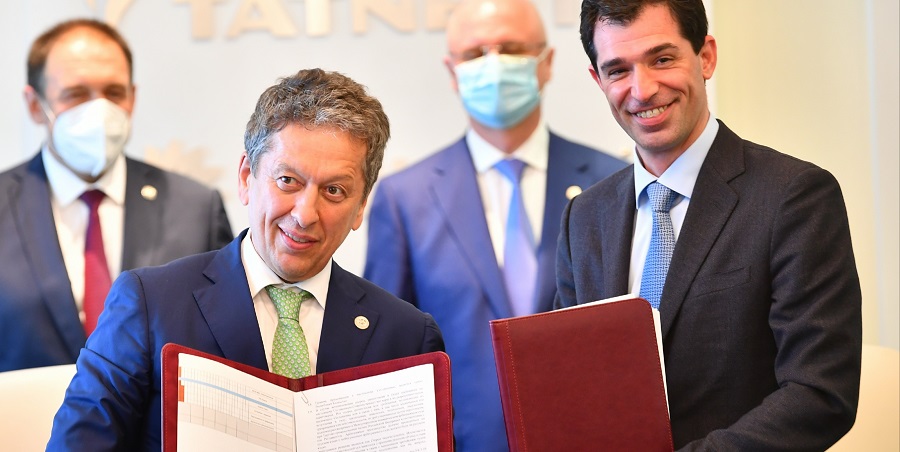 Nail Maganov pointed out: “The establishment of a new production facility will be another step for TATNEFT in strengthening the tyre manufacturing complex. We are proud that our competencies in the field of tyre production are in demand not only in Russia, but also abroad, and we will be glad to contribute to the development of the automotive industry in Kazakhstan".


According to Andrey Lavrentiev: “The development prospects and the possibility of the entrance to the market of the EAEU and neighboring countries continue attracting new technologies and investments to the country. The establishment of our own auto component base, in particular, the production of tyres is one of the most important stages in the development of the industry, which will allow the possibility of taking a serious step in increasing the products’ localization of the Kazakhstani factories".