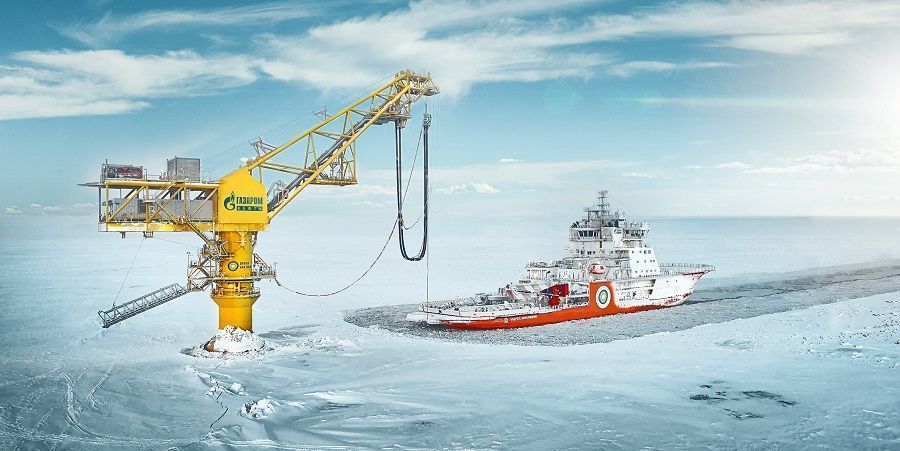 This pipeline, unique in terms of the technologies involved and the complexity of its construction, will transport gas from the Novoportovskoye field into Russia’s Unified Gas Supply System (UGSS).

Alexander Novak said:
The 20-billion-m3 (bcm) annual-capacity subsea Arctic gas pipeline is a key element in the major Yamal Gas investment project, aimed at ensuring the optimum use of all reserve types and categories at the Novoportovskoye field, and at ensuring cohesive and integrated resource-base development in the south of the Arctic Peninsula.

A gas processing plant (for processing natural gas, condensate and APG) is also being built as part of this project.

The Yamal Gas project opens up opportunities for developing new fields in the south of the Yamal Peninsula, and for integrating these into a promising new cluster with potential production reaching up to 10 million tonnes of oil and 20 bcm of gas per year.
Project infrastructure will ensure effective APG utilisation of up to 95%.

The high environmental standards on this new gas transportation infrastructure reflect the region’s unique climate, with the state-of-the-art technology used in building the pipeline guaranteeing its reliable and environmentally safe operation.

Alexander Dyukov noted:
The 58.4 km-long underwater section traversing the Gulf of Ob (the largest bay in the Kara Sea) has been laid 5m below the seabed, thus protecting the biosphere from noise, vibrations and electromagnetic pulses.

The pipeline’s unique construction avoids any thawing of the permafrost, while underground siting and subsequent land reclamation will ensure local indigenous peoples’ traditional way of life is protected and preserved.
The nearby Novy Port population centre is to be connected to the gas network during the course of this project.