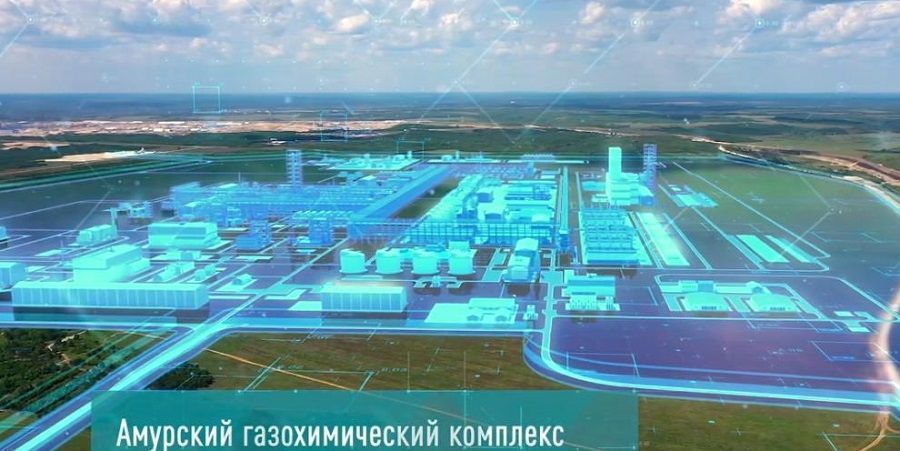 The Amur GCC is a joint venture between SIBUR and China Petroleum & Chemical Corporation (Sinopec) for the production of polyethylene and polypropylene brands sought-after on the Russian and global market.


The launch of the Amur GCC is another step for SIBUR, Russia's top petrochemical company, towards becoming a global player.

The Amur Region in Russia's Far East is located near the Russian-Chinese border.
The site is strategically located in the region to serve buyers in China, with capacity 1.35 times higher than its total polymer exports in 2019.


The complex should become a modern production facility, which will be among the world’s best petrochemical facilities in terms of its environmental and operational metrics.


The project includes a basic polymer production facility construction that will have a combined capacity of 2.7 million metric tonnes per year (MMt/y), comprising 2.3 MMt/y of polyethylene and 400,000 metric tonnes of polypropylene per yeat.

The construction of Amur GCC proceeds in synch with the gradual ramp-up of Gazprom’s Amur Gas Processing Plant to its full capacity, so that the latter could supply ethane and LPG to Amur GCC for processing into high value-added products.

Amur GCC will set the tone in global environmental and technology standards, in particular through its reliance on renewable energy sources.


The project´s budget is tentatively estimated at $10 billion to $11 billion and is subject to adjustments as the project progresses.
In December 2021, the Amur GCC has secured $9.1 billion in loans due in 2035.

Construction work on Amur GCC project is scheduled to be completed in 2024–2025.
Advertising at neftegaz.ru