The crude oil engine is a type of internal combustion engine similar to the hot bulb engine. 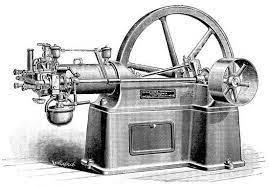 Large industrial diesel engines are capable of running on unrefined crude oil, and are widely used in the oil and gas industry. Additionally, many large diesel engines, such as the medium-speed and low-speed engines used on large ships, can also run on crude oil, although a lot of filtering and processing is done to the crude oil before it is pumped into the engine.