Basically, it is natural gas – primarily methane – found in shale formations, some of which were formed 300 million to 400 million years ago 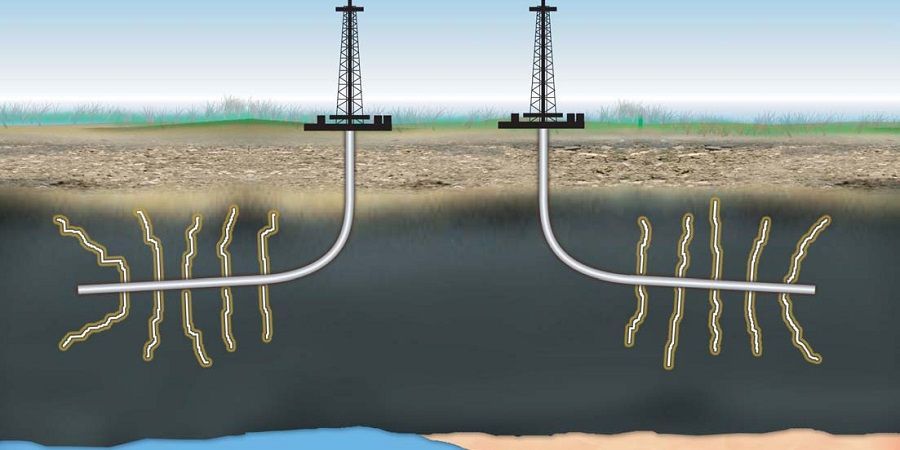 Shale gas is considered a so-called “unconventional gas”, together with “tight gas” from sandstones or limestones with low permeability and “coal bed methane”.

Like oil and coal, natural gas in shales has, essentially, formed from the remains of plants, animals, and micro-organisms that lived millions of years ago.


Shales are present worldwide in the sedimentary sequence. Large sedimentary basins, where sediments accumulated over millions of years, are favorable places to find large extent shale deposits of sufficient thickness. Certainly not all shales contain reasonable quantities of natural gas.

Geologic modeling can lead exploration geologists to promising locations, and the subsequent investigation of drilled rock samples will eventually give information on the gas content of the shales.


For shale gas, hydraulic fracturing of a reservoir is the preferred stimulation method. This typically involves injecting pressurized fluids to stimulate or fracture shale formations and release the natural gas. Sand pumped in with the fluids (often water) helps to keep the fractures open.

If water is used as the pressurized fluid, as much as 20 % can return to the surface via the well (known as flowback). This water can be treated and reused – in fact, reuse of flowback fluids for subsequent hydraulic fracture treatments can significantly reduce the volume of wastewater generated by hydraulic fracturing.

Another major technology often employed in producing natural gas from shale is horizontal drilling. The shallow section of shale wells are drilled vertically (much like a traditional conventional gas well). Just above the target depth – the place where the shale gas formation exists – the well deviates and becomes horizontal.

At this location, horizontal wells can be oriented in a direction that maximizes the number of natural fractures intersected in the shale. These fractures can provide additional pathways for the gas that is locked away in the shale, once the hydraulic fracturing operation takes place.

Some of the challenges related to shale gas production and hydraulic fracturing include: