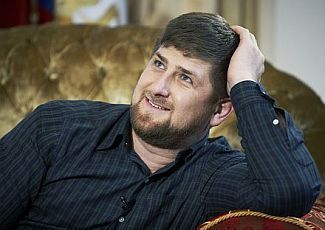 Ramzan Kadyrov was born on October 5, 1976, in the village of Tsentaroy, located in the Chechen-Ingush SSR.
He was the 2nd son and the youngest child in the family of the famous politician Akhmad Kadyrov.

In 1992, Ramzan Kadyrov graduated from high school.
In 1999 Akhmad Kadyrov and his son left the Chechen separatist movement and join the Federal forces.
Kadyrov entered Makhachkala Institute of Business and Law at the Faculty of Law in 1998.
Graduated in 2004, after this Kadyrov was enrolled as a student in the Russian Presidential Academy of National Economy and Public Administration.

In 2004 Kadyrov’s father died, and the 28-year-old son of the former Head of the Chechen Republic was appointed Vice-Premier of the Republic.

In 2007, Kadyrov replaced Alu Alkhanov as President, shortly after he had turned 30, which is the minimum age for the post.

He was unanimously elected for a 2nd term by the Chechen Parliament on 5 March 2011.
On 18 September 2016, Kadyrov was re-elected with nearly 98% of the vote.

Since 1996 Ramzan is married to Medni Kadyrova and they have 8 children: 5 daughters and 3 sons.
Besides them, Ramzan and Medni have 2 adopted sons in 2007.