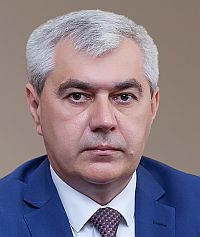 In addition, he completed a professional retraining course for underground gas storage (UGS) specialists at the Gubkin Russian State University of Oil and Gas.

Igor Safonov has been employed with Gazprom for 20 years. Between 1998 and 2009, he rose through the ranks from Engineer to Deputy Head of the Gas Compressor Service, Head of Compressor Shops at the Kasimovskoye UGS Directorate of Gazprom UGS.

2009–2015: Chief Engineer of the Kaluzhskoye UGS Directorate at Gazprom UGS.