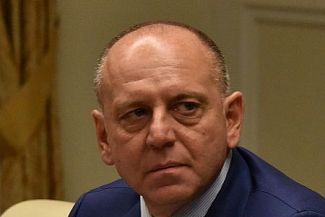 Graduated from the Kirov Ural Polytechnic Institute in 1986, Candidate of Sciences (Engineering), Doctor of Science (Economics).

In 1991-1998, he held senior positions at large metallurgical enterprises of the Urals.

In 1999 he was elected Chairman of the Board of Directors of  Sinarsky pipe plant.