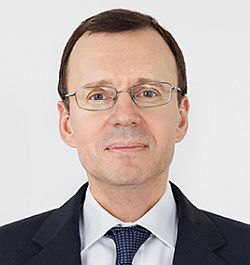 In 1983, he graduated from the Moscow State Institute of International Relations with a degree in international relations and foreign languages.

Mr Spassky is a PhD in History and holds a post-doctoral degree in Politics.

In 1997, he was appointed an ambassador to Italy and San Marino, where he worked until taking the office of Deputy Secretary of the Russian Security Council in 2004.

In 2006–2008, he served as State Secretary and Deputy Director of the Federal Agency for Atomic Energy.

Since April 2008, Mr Spassky has served as Deputy Director General of ROSATOM.