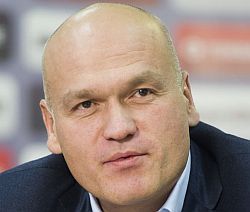 In 1993, graduated from the Academy of Physical Education and Sports of the the Belorussian State University of Physical Culture with the diploma of Sport Instructor and Chess Coach.

In 1996, together with his partners Konstantin Nikolaev and Nikita Mishin founded Severstaltrans, of which was Member of the Board of Directors and CEO since foundation.

Не is also a co-owner of the Global Ports company listed at the London Stock Exchange, the railway companies Globaltrans and Transoil Ltd.

In October 2015, Filatov announced consolidation into Tuloma Investment Company, which specializes in investing in Russian companies and shares, of his personal assets (other than Global Ports, Transoil and Globaltrans).

He is married with 5 kids.