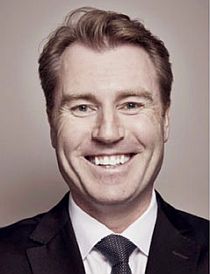 Kibsgaard holds a Master's degree in Petroleum Engineering from the Norwegian Institute of Technology, Trondheim..

He began his career in 1992 working for ExxonMobil.

In 1997, he joined Schlumberger as a reservoir engineer in Saudi Arabia.

He served as the CEO of Schlumberger from August 2011 until assuming his current role in April 2015.

Earlier in his Schlumberger career, Kibsgaard was geomarket manager for the Caspian region after holding various field positions in technical sales and customer support.

He is married, with children