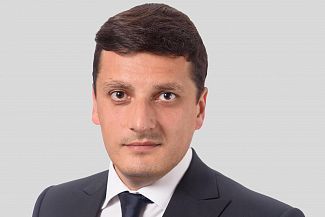 Born on 16 July 1980 in Kaliningrad (currently - Korolev) in the Moscow region.

In 2002 graduated from the Economics Department of the Higher School of Economics.

In October 2007 - the Dissertational Council of Moscow University of the Ministry of Internal Affairs of Russia awarded him the candidate of legal sciences degree.

In 2012 received the qualification of the Russian Academy of National Economy and Public Administration under the President of the RF.

Served in the internal affairs bodies in the Central Office of the Ministry of Internal Affairs of Russia.

Worked in the State Duma, was engaged in the parallel socio-political projects.

In May 2012 moved to the Administration of the President as the Head of Department.

On July 2012 Inyutsyn was appointed as the Deputy Minister of Energy of Russia.