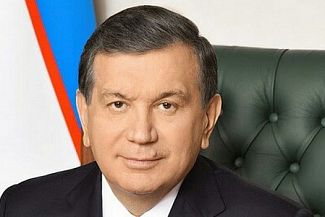 In 1981, Mirziyoyev graduated from the Tashkent Institute of Irrigation and Melioration.

Holds a title of Academic Candidate (PhD) in Technical Sciences, and Associate Professor.

He started his career in 1981 at the Tashkent Institute of Engineers of Irrigation and Mechanization of Agriculture, where he worked as a junior research fellow, senior lecturer, associate professor, and eventually Vice Rector for academic affairs.

In 1990, he was elected deputy of the Supreme Council of the republic, and at the same time served as Chairman of the Credentials Committee.

Following the death of President Islam Karimov, he was appointed by the Supreme Assembly as interim President of Uzbekistan on 8 September 2016.

He was subsequently elected as President in the December 2016 presidential election, winning 88.6% of the vote, and was sworn in on 14 December 2016.

Mirziyoyev is married and has 2 daughters, 1 son and 5 grandchildren.