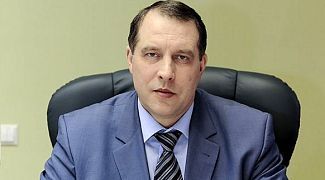 Secretary General of the Forum of Gas Exporting Countries

1982 - graduated from the Military Institute of foreign languages of the Ministry of defense of the USSR.

1991 - graduated from the Military diplomatic Academy.

1997 - graduated from Russian Academy of foreign trade of the Ministry of foreign economic relations and trade, specialty World economy.

2002 - graduated from Russian Academy of state service under the President of the Russian Federation on the specialty Lawyer.

1998 - 1999: Director of the Department of transport Fund for the development of Russia.

1999 - 2001 - head of Department for regulation of natural monopolies on transport of map.

2001 - Minister of industry and innovations, Government of Nizhny Novgorod region.

2003 - elected Deputy of the State Duma of the 4rth convocation from electoral district 117 (Nizhny Novgorod region).

Deputy Chairman of the state Duma Committee for energy, transport and communications.

Since 12 November 2010 - state Secretary  and Deputy Minister of energy.

On October 4, 2017, Yuri Sentyurin was appointed as the next Secretary General of Gas Exporting Countries Forum (GECF) for a period of 2 years starting from January 2018.

Fluent in English, French and Persian.

Married. He has 2 children.