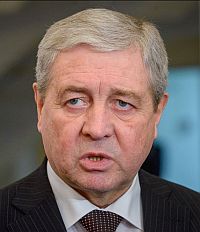 Mr. Semashko was born on 20 November 1949 in Kalinkovichi, Gomel Oblast, Republic of Belarus.

In 1972, he graduated from the Belarusian Polytechnic Institute.