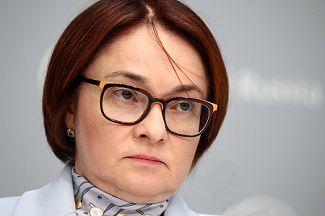 Head of the Central Bank of Russia

1986 –  graduated from Moscow State University with a degree in Economics.

Between 1991 and 1994 Nabiullina worked at the USSR Science and Industry Union and its successor, the Russian Union of Industrialists and Entrepreneurs.

In 1994 she moved to the Ministry for Economic Development and Trade, where she rose to the level of deputy minister by 1997; she left the ministry in 1998.

Between 2003 and her September 2007 appointment as minister, she chaired the Center for Strategic Development as well as an advisory committee preparing for Russia's 2006 presidency of the G8 group of nations.

In 2013 Nabiullina was appointed head of the Central Bank of Russia, becoming the 2nd woman after Tatiana Paramonova to hold that position, and thus the 1st Russian woman in the G8.

In 2017 British magazine TheBanker chose Nabiullina as Central Banker of the Year, Europe.