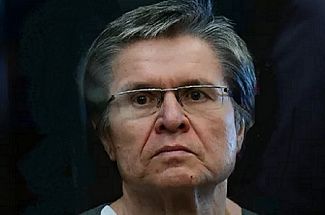 ex - Minister of Economic Development of the Russian Federation

1979: Graduated from the Economics Department of Lomonosov Moscow State University.

1982: Completed post-graduate studies at the Economics Department of MSU.

1991 – 1992: Economic adviser to the Government of the Russian Federation.

1994 – 1996: Deputy Director, Institute of Economic Problems of the Transitional Period.

1998 – 2000: Deputy Director, Institute of Economic Problems of the Transitional Period.

Since June 24, 2013 till November 15, 2016: Appointed Minister of Economic Development of the Russian Federation.

The Investigative Committee of Russia announced that Ulyukaev had been detained in November 2016 due to allegations that he received a $2 million bribe for an assessment that led to the Kremlin-controlled oil company Rosneft's acquisition of a 50% stake in Bashneft.
This followed an apparent sting operation after months of surveillance.
On the same day, Vladimir Putin dismissed him from the ministerial position

Fluent in English and French.

Married, with 2 sons and a daughter.