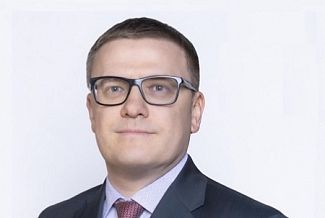 Governor of the Chelyabinsk region of Russia

Aleksey Texler was born on January 19, 1973, in Chelyabinsk.

In 1995 he graduated with honours from Norilsk State Industrial Institute with a degree in Economics and Management in the Metals Industry as a planning engineer.

From 2008 through 2009 he served as the Head of Administration of Norilsk.

From 2009 through 2011 he was the General Director of JSC Mining and Metallurgical Complex Kazakhaltyn.

From 2011 through 2013 Mr. Texler worked as the Managing Director and Head of CJSC Polyus Gold Mining Company

From 2013 through 2014 he held the position of Deputy Minister of Energy of the Russian Federation;

Since November 2014 he has held the post of First Deputy Minister of Energy of the Russian Federation.