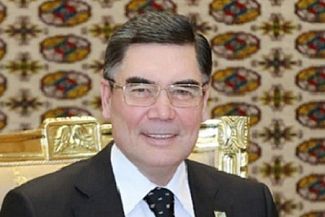 Berdimuhamedov was born on 29 June 1957 in Babarab, in the Geok Tepe district of Ahal Province.

In 1995 Berdimuhamedov became head of the dentistry center of the Ministry of Health and Medical Industry.
He was appointed to the government as Minister of Health in 1997, and he was additionally appointed as Deputy Prime Minister in 2001.

In April 2011, he was appointed Vice Premier of the Cabinet of Ministers of Turkmenistan.

During the February 11, 2007 elections Gurbanguly Berdimuhamedov was chosen from among the six candidates as the President of Turkmenistan.

His hobbies are sports and horse riding.

He is married with a son and two daughters.