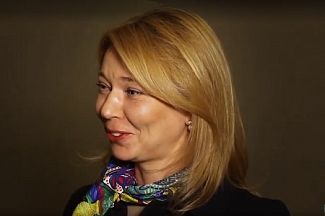 Elena Burmistrova was born in Moscow.

She started her career at Glencore International (Switzerland) in 1992, then worked for various international companies.

In 1995 she graduated from Maurice Thorez Moscow State Linguistic University.

In 2007 she completed the American Business and Practices program at Boston Northeastern University (USA).

In 2009 she received her MBA degree at Lomonosov Moscow State University.