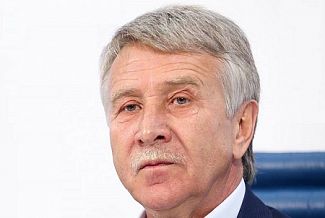 Mr. Mikhelson received his primary degree from the Samara Institute of Civil Engineering in 1977, where he specialized in Civil Construction Engineering.

That same year, he began his career as foreman of a construction and assembling company in Surgut, Tyumen region, where he worked on the construction of the first section of the Urengoy-Chelyabinsk gas pipeline.

In 1985, Mr. Mikhelson was appointed Chief Engineer of Ryazantruboprovodstroy.

In 1987, he became General Director of Kuibishevtruboprovodstroy.

In 1987-1994 he worked as manager of AO SNP NOVA. Subsequently, he became General Director of Novafininvest management company.

Since 2003, Mr. Mikhelson has served as a member of the Board of Directors and Chairman of the Management Board of NOVATEK.

From March 2008 until December 2010, he was a member and Chairman of the Board of Directors of OAO Stroytransgas.

Since 2011, Mr. Mikhelson has served as Chairman of the Board of Directors of SIBUR.

From 2011 until 2013 - member of Supervisory Board of Russian Regional Development Bank.

According to the latest rating from magazine Forbes (April 2017), Leonid Mikhelson has topped the annual rating of the wealthiest Russians.

Mikhelson has been ranked the richest Russian for the second consecutive year with a fortune estimated at $18.4 billion.

Mikhelson and Novatek are the main sponsors of the Russian Football Union.