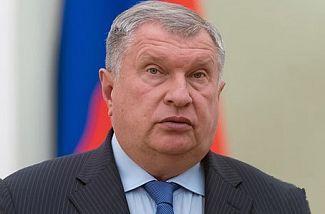 Graduated from Leningrad State University in 1984. PhD in Economics.

Deputy Head of the Executive Office of the President of the Russian Federation from 2000 until 2004.

Deputy Prime Minister of the Russian Federation from 2008 until 2012.

Since May 2012 – President of Rosneft, Chairman of Rosneft’s Management Board.

Member of the Board of Directors of Rosneft since November 2012.

Since June 2013 – Vice-chairman of Board of directors of Rosneft.

In 2014, a CNBC article admitted that Sechin is widely believed to be Russia's second-most powerful person after President Putin.

On March 20, 2014 the USA government sanctioned Sechin, the sanctions include a travel ban to the USA, freezing of all assets of Sechin in the USA and a ban on business transactions between American citizens and corporations and Sechin and businesses he owns.

Igor Sechin is married, he has one daughter and a grandson.